Those were the days

Those were the days

Once a month we’ll feature recollections from earlier in NCA’s history, as told by people who lived here then. We begin with Bobbi Johnson’s Nosara origin story, along with photos from even earlier.

HOW DID I GET TO NOSARA? by Bobbi Johnson

My husband and I had been living on a sailboat, and after 11 years we weren’t having fun anymore. A realtor friend who owned property in Nosara said, “Come on down.” We took a $99 flight from Miami in May 1989. I had mapped out a route around the country, but after two weeks we bought a house on the site of what is now Giardino Tropicale which came with a double cab pickup, a rarity at that time. We were excited about having a flush toilet, hot water, and a refrigerator. Soon the fridge died, the toilet fell through the rotted floor, and the hot water tank exploded. Why had we left the comfort of our boat?

Very few expatriates lived here full time. Madeline Moore would listen to the BBC in the morning and then report the news over her CB radio, the only medium of communication. You listened or you didn’t. You also got to hear what the other 10 expat families were doing and where. Nothing was secret. 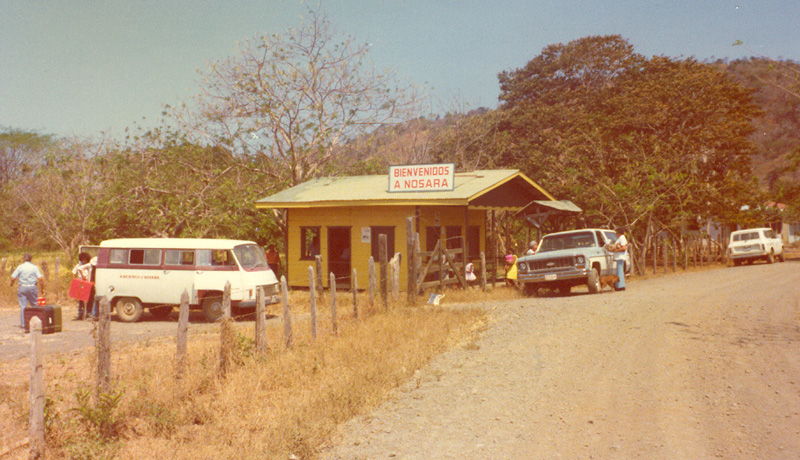 The Nosara Airport terminal in 1980-something

Since we lived on the main road, we could hear every car that drove by and knew by the sound whose car it was. Arepa, now the ceviche vendor, had the only taxi. He would yell “gringos locos” every time he passed. Jan McClean had a rock in her hubcap; Sidney Snelgrove had a moto that wasn’t quite right. Our 1970s-era Datsun pickup had a dead battery, and rather than trying to get a new one we would park at the top of our hill and kick start it. When in town, we would park on the hill next to the Bambu Bar and hope no one parked in front of us. 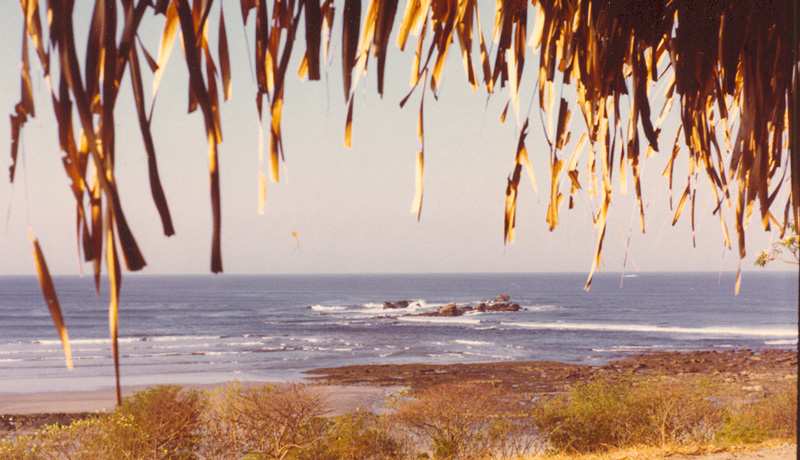 The rocks are the same, but where is that rancho now?

I had missed gardening while on the boat, so I brought all sorts of seeds with me. I planted carrots, radishes, sweet corn, lettuce, and more. The carrots and radishes popped right out of the ground, as if saying, “this is way too hot!” The corn was a flop and critters ate the lettuce. Back then, the grocery store was tiny, with produce limited to things like cabbage and limp carrots. Antonio Mendez would bring veggies once a week to his Super La Paloma, which looked like a madhouse that day. I wanted fresh mushrooms, but my dictionary had a word not recognized here. I made a drawing of one and Antonio looked at me a little oddly: “You want what?” I’m not a great artist.

I made bread weekly from Ann Scarlett’s sourdough starter and advanced to making English muffins and bagels. The recipe for bagels said to boil them until they float; mine never did. I just kept pushing them down until I thought they had cooked enough, and then baked them. I also tried pretzels, which even the dog wouldn’t eat. 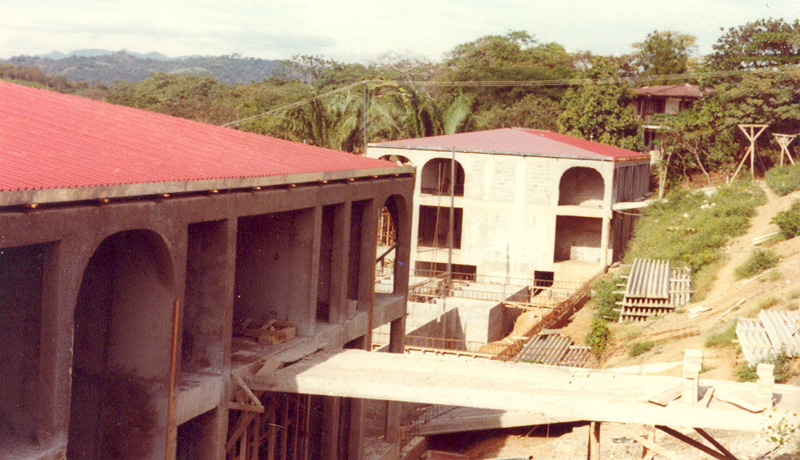 Our two cats had never lived on land, but they adapted immediately to the jungle, although they were surprised by grass — they were used to Astroturf on the boat. We adopted a dog, and because there was no dry dog food, I made a giant pot of stew (including chicken heads) for the pets. We even bought a freezer to store the pet food. We were appalled at the condition of dogs and were able to persuade various vets to come out for spay/neuter clinics on our porch. The guest house was the waiting room, where we served Bloody Marys. Now, thanks to Nosara Animal Care, dogs and cats are spayed regularly.

Here’s an alternate story of how we got here: We were sailing our 43’ sailboat off the coast of Costa Rica and got holed by a whale, ended up on Garza beach in our life raft, and found our way to Nosara.

You choose which story to believe.