There´s good news about recyclables this month. In June the Recycling Center collected enough recyclables to fill an 18-wheel transport truck three times. In addition, Jessica Sheffield writes, ¨The Center will also have a boost with our partnership with Dalman Lopez Espinoza. He has more than 20 years experience in recycling and has the knowledge and machinery necessary to take our operations to the next level.¨

Plastic straws, bags, and bottles may soon be history in Nosara and beyond. Last month President Solís announced a national strategy to replace plastic bags, straws, coffee stirrers, bottles, and other single-use plastic with renewable and compostable materials over the next four years. MINAE, the Ministry of Public Health, and the UN Development Programme are part of the effort, as are the Costa Rica USA Foundation for Cooperation, MarViva, and the National Chamber of Retailers. 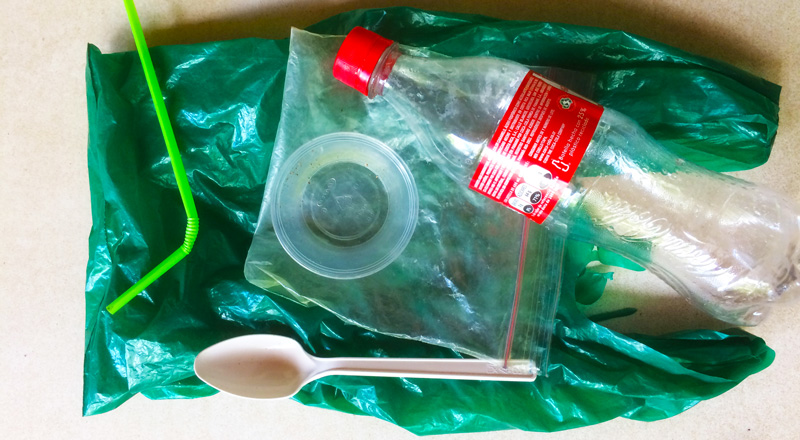 By 2021, at least 80 percent of the country’s public agencies, municipalities and businesses must replace disposable plastic packaging with materials that have a lower environmental impact. MINAE has already ordered all its departments to buy only products made from renewable, compostable, and biodegradable materials.

Last month´s announcement was the latest in a long series of efforts to combat environmental damage from plastic. In February Costa Rica joined the United Nations Environment Programme´s “#cleanseas” campaign, pledging to take steps to drastically reduce single-use plastic items through better waste management and education. Some legislators introduced legislation that would have banned plastic in 1999, but that measure died in committee in 2005. Similar measures failed to gain support in 2014.

Of the 4,000 tons of waste produced daily by Costa Rican residents, 11 percent is water-borne plastic that ends up in rivers and oceans, said Health Minister María Esther Anchía. If you´ve ever helped clean up our beaches, you can testify that´s true.