Are We Polluting The Water We Have in Nosara?

Are We Polluting The Water We Have in Nosara?

Many people have wondered: Are our aquifers at risk? Are we drinking contaminated water? Are we pouring sewage into the sea? At the Nosara Civic Association we also had those same questions. We want to help answer them with factual information that helps us make better decisions and avoid irreparable damage that could affect all of us who live in this community.

During 2020 and 2021, we financed a hydrogeological study carried out by the company Hidrogeotecnia, that reveals how the aquifers located in Guiones, Pelada, Nosara and Santa Marta present high levels of vulnerability to contamination. 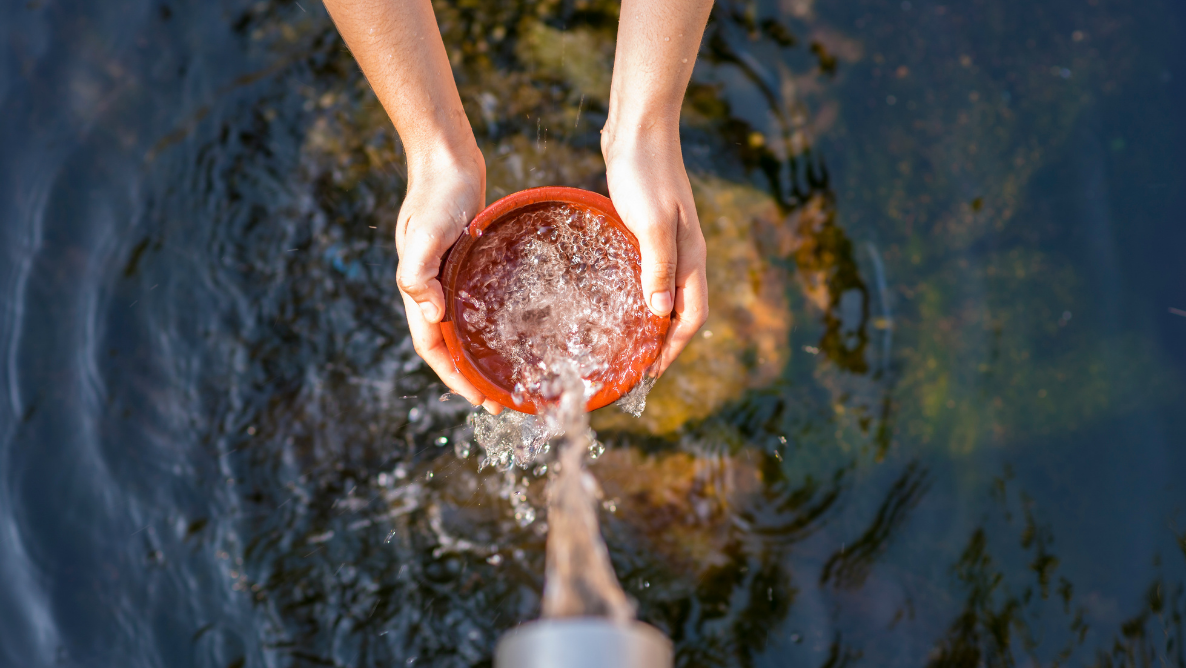 Currently the study is in the hands of the National Groundwater, Irrigation and Drainage Service (Senara), pending final approval. It will be used as part of the technical analysis required for the Nicoya Canton Regulatory Plan.

What about aquifers? This high vulnerability to pollution indicates that these aquifers are prone to being contaminated with sewage, gray water, fuel spills, heavy metals or some other type of pollutant on the surface.

The company used a methodology called G.O.D. (Groundwater occurrence, Overlying lithology, Depth of groundwater), that analyzes the materials that cover the aquifers, evaluates how deep the groundwater is and the type of substrate that is in the aquifer.

“The area designated as highly vulnerable to contamination will present a total prohibition for certain activities that pose a threat to the aquifer due to the toxicity of the products or supplies that it needs or stores, in addition to the amount and danger of possible contaminants or residues that they generate ”, according to part of the recommendations from the study.

We interviewed Adrián Martínez, a geologist who was a member of the team that developed the study. He told us that vulnerability occurs due to the conditions of the aquifers themselves. For example, most of these aquifers are very shallow; on average they are five meters deep, which makes them more prone to contamination.

In addition, he explained that these aquifers are covered by highly porous materials such as sand or gravel type of rock, that produce a filtration effect in the aquifers.

The following image from the study shows in orange the aquifers classified as highly vulnerable to pollution.

Another of the findings that  are in this study is that the areas in Nosara where the aquifers are more prone to contamination, coincide with the areas where the greatest population growth is projected. The company relied on data from the Municipality of Nicoya to understand the effects of expansion on the inhabitants.

At the Nosara Civic Association we understand the importance of the building regulations for the Ostional Refuge buffer zone as  a way of mitigating the risk of contamination of the aquifers.And why we will vigorously continue to support and defend them.

The regulation that was suspended on June 1st by the Administrative Contentious Court establishes two important points to protect the aquifers: the first is that the constructions could not have a construction coverage greater than 50%, this is to ensure sufficient permeability of the soils to support  the recharge capacity of the aquifer. The second point prohibits the use of culverts as a septic tank – to ensure that the sludge produced by the sewage does not leak into the water that will later be used for human consumption.

It is important to clarify that in Nosara there is no sanitary sewer system;  each person who owns a home or business is responsible for their sewage and greywater treatment. Many times these practices are not adequate and can put the community at risk, and because the aquifers are not deep, they could become contaminated.

Another problem caused by poor wastewater management is pollution of rivers and the ocean. According to a recent study by the organization Wildlife Conservation Association – that did water monitoring tests in the Nosara River Mouth and in Playa Guiones – they determined that it is likely that septic system wastewater is flowing into the ocean during the rainy season.

The organization carried out 37 weeks of water quality monitoring between February 2020 and March 2021, where the amount of fecal coliforms (or human waste) was analyzed. Most tests meet water quality standards; However, there is an increase in non-compliance with these standards, especially in the rainy season and in the Nosara River. 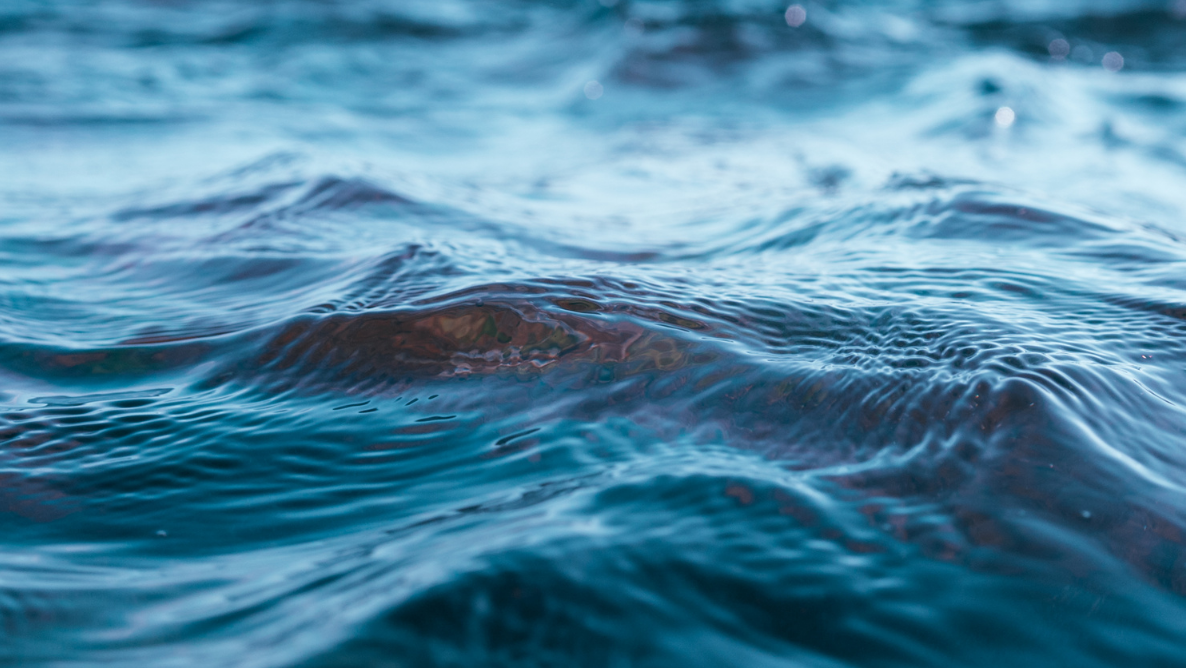 Are we drinking dirty water in Nosara and is that why there are no water availability letters?

No. These results do not mean that the water that we drink in Guiones, Pelada, Nosara or Santa Marta is contaminated.  What they do indicate is that if actions are not taken, the risk of contamination of the aquifers will be significantly increased and this will generate irreparable consequences.

To guarantee the potability of the water consumed in the area, we spoke with Lili Adams, from the ASADA de Playas de Nosara (the entity that manages the water of Guiones and Pelada), who explained that currently the entity complies with all the standards of filtration and chlorination of the water requested by the Costa Rican Institute of Aqueducts and Sewers (AYA) to guarantee that the water used in these communities is drinkable and does not cause health risks. For now there are no new regulations to have better controls on the granting of water in areas with high risk of contamination to aquifers.

At the beginning of 2021, the AyA presented a new regulation to the ASADAS, which establishes that they must update  all the flows of their water, carry out laboratory analysis of the water and demonstrate through studies that they have the necessary water capacity according to the number of assigned users. Adams explained that the new regulations also stipulated a change in the way that the ASADAS must do these tests and that is why since March 8th, they cannot deliver water availability letters.

In addition to the Asada de Playas de Nosara, AyA applied this moratorium to another 30 asadas in the canton of Nicoya, as confirmed by La Voz de Guanacaste in a publication in April.

Adams added that the ASADA is now conducting a new capacity study to better understand the water capacity they have. Once this study is finished, they must send the report to AyA and it is that institution that will define how the granting of water permits will be. For the moment no one will be able to receive a water permit letter until this is resolved.

According to Adams, they hope to have enough water; however, in recent years they have noticed how the consumption of water increased in the community of Nosara.

According to the ASADA’s own data, in 2019 the average monthly water consumption was 37,231 cubic meters, while in 2020 the monthly consumption increased to 54,108 cubic meters. This was despite the fact that it was a year with a pandemic and there was less tourist visitation.

At the ASADA,  they are aware that the Nosara community has grown rapidly in the last five years and that better regulations are needed for construction in the area.  Adams also pointed out that local architects are making many efforts to ensure that the buildings in the community make better use of water, with sustainable designs. 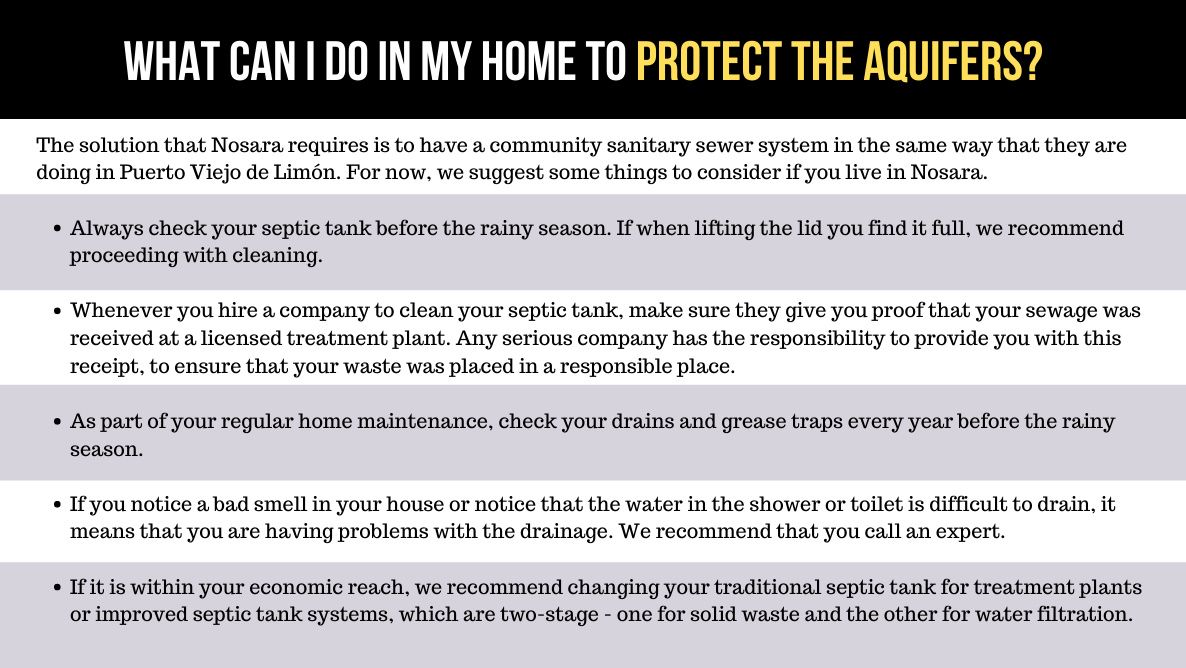