Being Thankful in Nosara

Being Thankful in Nosara

In this week when estadounidenses celebrate Thanksgiving, we are grateful for some of the things that have made life easier in the Nosara area in this century. Here is what life was like in the year 2000.

As we’ve noted in previous blogs, getting here was even more of an adventure than it is now: Coming from Nicoya, you saw not an atom of asphalt from the time you turned off the highway by the Nicoya-Samara gas station until you reached the town of Nosara. There were bridges over major rivers, but your vehicle had to ford several streams after leaving the highway, as we do today on the coastal road.

Once you and your car arrived here, you might worry about filling your tank. The “gas pump” in Nosara was a 55-gallon drum with a siphon you used to transfer gas into a five-gallon container (filled with one gallon of cement).

ICE began installing household phones around 1997 — for people who had been on a waiting since the beginning of the decade. But until about 2005, if your house didn’t already have a phone, you still had to wait your turn and wade through a fair amount of bureaucracy. You could solicit a phone in your name, but you had to be a legal resident and present your cedula to prove it.

Wi-fi came in the late 1990s — to Frog Pad and Las Delicias, which had Internet “cafes” (in both cases, a table in the corner). Household wi-fi became available a few years later.

If you had a medical problem, you consulted the town doctor, but if your pet was ailing, you were out of luck. When spay-neuter clinics were established, veterinarians had to be brought in from elsewhere.

Robin’s, the first store offering homemade, premium ice cream, opened in 2006. Your choice of bread was Pan Bimbo until Cafe de Paris opened its bakery in 1998.

Buying organic? The first farmers’ market, offering organic food, set up on weekends in the Giardino parking lot in 2002. Organico Deli, the first brick-and-mortar store with organic products, opened in 2009.

And that’s the way it was. Thankfully, some things haven’t changed. Then as now, we have parklands, howler monkeys, iguanas, nesting turtles, and beautiful beaches unspoiled by houses at the shoreline, high rises over the tree line, or glaring lights. We’re working to keep it that way. Thanks for your help! 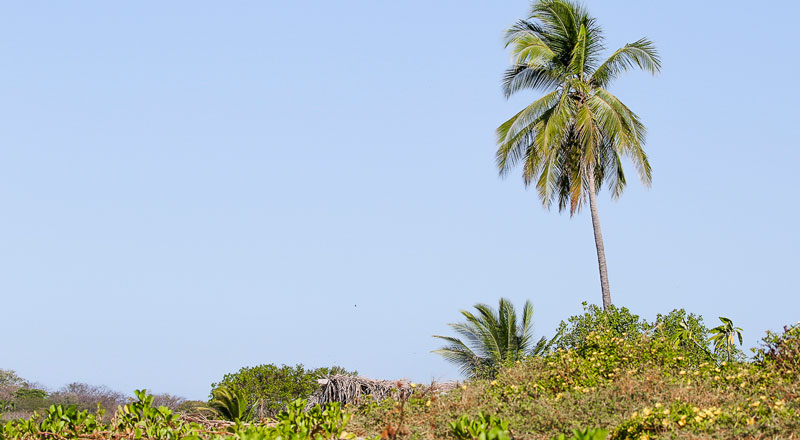