On September 15th, 1821, Costa Rica became independent from the Spanish empire along with the rest of the territories that belonged to the Captaincy General of Guatemala.

That is why this September 15th the country celebrates 200 years of independence; an important date to commemorate the efforts made by our independence leaders, who organized to affirm the roots of a great nation.

With good reason, in the Nosara  Civic Association we made an effort with the Municipality of Nicoya and the Nosara Market Fair, to celebrate the Bicentennial this Saturday, September 11th at the fair (located next to Super Nosara). 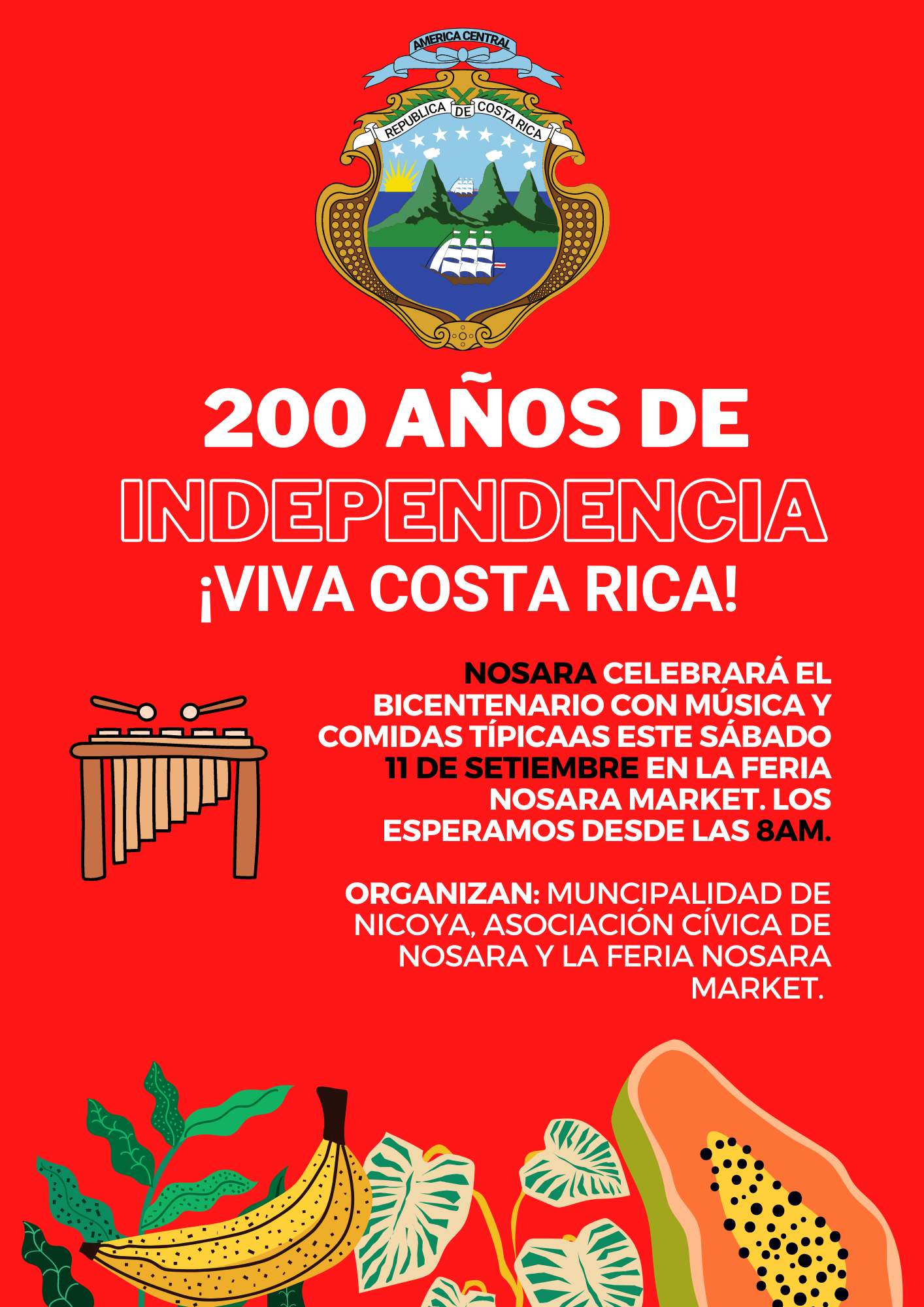 The activity will feature typical marimba music and there will also be a sale of Costa Rican food, a great opportunity to enjoy our native cuisine. In addition, there will be product stands made by entrepreneurs from the local community.

Also, as we have announced on our social media accounts, we would love for houses, businesses and institutions to decorate their facades, to celebrate this important date for the country.

The Municipality of Nicoya will be receiving photographs sent directly viaFacebook, to reward those with the most reactions.

For the Nosara Civic Association it is important to commemorate the Bicentennial of our Independence, since this means that we have 200 years of building a country in freedom and a great example for the world of Democracy and peace.