On the morning of Friday 8th November, representatives of MOPT and CONAVI, Diego Vásquez and Luis Artavia, met with The Development Association of Nosara (ADIN), and the Route 160 Committee at the ADIN office to get the latest report on the continuance of work along the Route 160 stretching from Nosara town to Garza. This meeting comes after weeks of pressure from the Development Association, the Route 160 Committee, and several community members that took to social media to express concern over the severe deterioration of the road and the lack of any visible progress.

MOPT / CONAVI representatives informed attendees that work will resume this week. In addition to confirmation concerning the go-ahead for road works, it was also confirmed that Costa Rica’s first lady will visit Nosara this coming Friday. As well as being the wife of Costa Rican President Carlos Alvarado Quesada, first lady Claudia Dobles Camargo is an architect and urban planner. Her meeting with the community of Nosara will take place next Friday, 15th November at 9 am in Salon Mutliusos in Nosara. As many Nosara residents as possible are encouraged to attend the meeting. This united display of solidarity will serve to let officials know how strongly the community feels about the future of the Route 160. Although progress has been made their remains much to discuss. At last week’s meeting, it was explained that work would proceed all the way up to the road seal being laid. Beyond that, the laying of the asphalt, which represents one of the most expensive phases of the project, is yet to be confirmed.

Details of last weeks meeting are as follows.

Contract for the Road Seal: The Albosa company was awarded an extension of its current contract, to include, as well as the road base material, a 5 cm layer of slow breaking emulsion that will work as a seal for the road. The cost of this extension is of 180 million Colones.

Headers and Ditches: The company that builds the headers and ditches, MECO, was offered an extension of their contract to continue coverage in strategic areas of the road. However, although they committed to fulfilling the original contract, the extension offer was turned down by MECO,. For the remaining work, a new bid must be made.

Asphalt: The request to pave the road is of 20,000 tons of asphalt, at a price of 1.082 million Colones (1.85 million dollars). Due to the amount, this purchase must undergo a public bidding process that we don’t know what is its current status. Diego Vásquez and Luis Artavia from MOPT / CONAVI pledged to keep people informed of any developments as they emerge.

Bridges: This contract, amounting to 1.200,000,000 Colones (2.05 million dollars) was awarded to a company named CODOSA and includes three bridges (2 in Esperanza and the Sube y Baja Bridge next to the gas station). Diego Vásquez and Luis Artavia said they would relay any developments as they emerged.

Schedule: Work is set to begin this week. Work will pause on December 20th and resume on January 6th, 2020.

We would like to thank all community volunteer groups pressuring different government institutions to make sure that this project keeps moving forward:

We urge you to support your fellow volunteer neighbors and the pavement process by showing up this Friday to support our efforts to petition First Lady Claudia Dobles on the importance of completing the plan for Route 160. 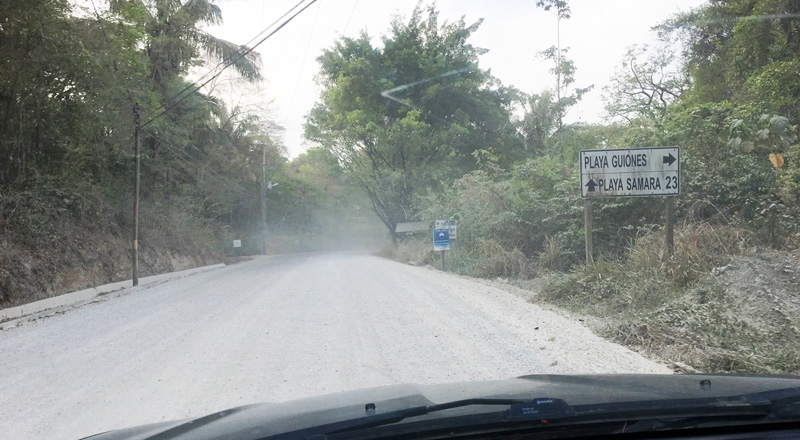