Why didn’t the beaches of the Ostional Wildlife Refuge open?

Why didn’t the beaches of the Ostional Wildlife Refuge open? 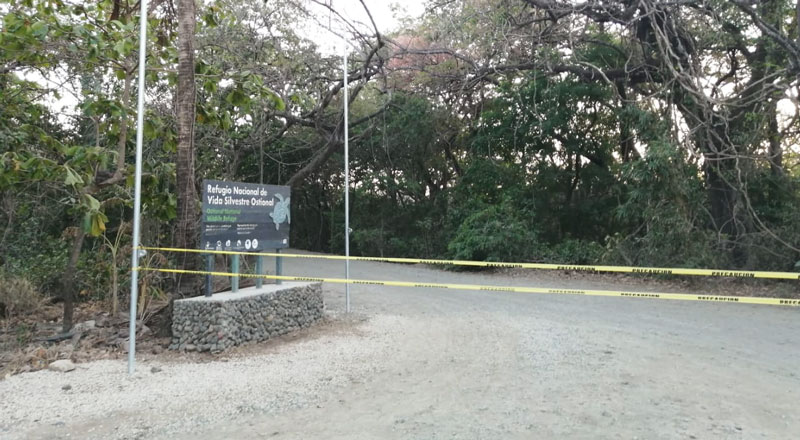 By now we have all likely read that  from Monday to Friday, between 5 am to 8 am, almost all the beaches in the country are set reopen. Soon thereafter, we realized that the beaches of the Refuge Ostional were not included in that reopening. Now, the latest news indicates that they may open on June 1.

So how did we get here? Which of the many theories as to why the Ostional Wildlife Refuge beaches remained closed is correct? At the NCA we believe it’s important to understand how everything happened and what were the factors that influenced the government’s decision.

Remember that our beaches (Guiones, Pelada and Nosara) are part of the Ostional National Wildlife Refuge, one of the many Protected Areas in the country. Camaronal, Playa Grande, Manuel Antonio, Junquillal in La Cruz,  are other examples of beaches within a protected area and managed by the National System of Conservation Areas (SINAC).

On Monday, May 11, the Government announced its economic reactivation plan. It laid out how little by little, economic activities would be incrementally reinstated. Only national parks or protected areas such as Arenal, Irazú, Manuel Antonio, and some others were authorized to open. The Ostional Refuge was not on the list.

Why? According to the Refuge administration, in order to reopen a protected area, SINAC must ensure that the process is done responsibly and that it follows strict security protocols. The Ostional Refuge does not yet have these protocols.

Let’s not forget that we are experiencing a global pandemic. Although it has only claimed the lives of ten Costa Ricans, it will only take a few bad decisions to erase all the great progress so far made. This is the opinion of  the Minister of Health of Costa Rica.

When we heard news that our beaches would remain closed, we went directly to the administration of the Ostional Wildlife Refuge (SINAC) to begin a solution-oriented dialogue on the best way to reopen our beaches in accordance with the requirements of the Ministry of Health of Costa Rica.

Subsequently, the NCA, The Nosara Chamber of Tourism (CATUNO), the Nosara Multi-Actor Platform, surf schools and independent surfers drafted  a list of safety protocols for sports activities in the Refuge.

This proposal was sent to SINAC on May 12, and they are using our proposal  as a basis to write a more robust protocol, that includes the other elements required for a responsible reopening. These include access, permitted activities, schedules, turtle arribadas, egg extraction programs, and more.

In an official statement The Ostional Refuge  administration wrote the following:

“We take this opportunity to thank the community’s effort. The proposal sent by CATUNO, the Nosara Civic Association, and the Multi-stakeholder Platform, is being used as the basis for what we are working on and we continue to do so. The management of the Refuge is very complex, and we can not only think of recreational activities from 5 am to 8 am.  To open, we must contemplate all the Refuge and activities that are also as important, like the turtle arribadas, egg extraction program, among other aspects” .

The Refuge administration goes on to explain  that once the protocol is ready and the security supplies are received, the authorities could authorize the opening.

“We expect the wait to be of a maximum of two weeks, however it is very likely that everything will be ready before June 1.”

That said,  everything will depend on what happens with covid 19 in the  coming days.

We Are Being Watched!

Even if security protocols are approved, the rules of the game could change depending on covid 19. As explained by Daniel Salas, the Minister of Health, beach visitation permissions could be removed if irresponsible behavior is witnessed.

Salas explained that social activities on the beach and any other type of practice that fails to comply with social distancing are prohibited.

For its part, the administration of the Ostional Refuge reported that on Friday, May 15, in just 30 minutes of the park rangers patrolling Playa Guiones, they witnessed seven different groups of people on the beach. They added:

“we have also received messages from many concerned people who do not want the beaches to open just yet, precisely because they see  non-compliance of current measures.”

The Nosara Civic Association believes that the opening of the beaches is a vital first step towards a gradual economic recovery, as well as a much needed way to lift the spirits of the community. However, we also call on all  to be responsible and abide by all the measures established by the Ministry of Health.

Our safety and health comes first!