Inversiones Nicoya and the Golf Course that Never Was

Inversiones Nicoya and the Golf Course that Never Was

In its early days the Beaches of Nosara project had a lively group of homeowners, judging by NCA’s first newsletters. These quarterly missives, often issued irregularly, told of members’ arrivals and departures, parties past and future, and other social news. They also reported on the real estate development company’s progress and alerted them when it appeared to stop, and finally chronicled the first lawsuit and its outcome.

Here, from the NCA archives, is the story of that best-laid scheme gone awry.

Alan Hutchison, an American real estate developer, “discovered” Nosara in the late 1960s, bought the Nosara Ranch, founded Inversiones Nicoya, S.A. (INSA), and enlisted experts to produce a master land use plan that would preserve 1,200 acres intact as a forest and wildlife management area, with another 1,000 acres of pastures for grazing and horseback riding. About a third of the total project area would be used for home sites, and he also planned to build a resort hotel, golf course, tennis club, commercial section, and utilities. And a road.

In a 1973 New York Times full-page ad, he invited investors to join him. A refundable $100 application fee would reserve a home site and deliver a registered plan and Sales Purchase Agreement with the developer’s guarantees.

Early buyers formed the Nosara Association in January 1975 to “promote the material, moral and intellectual progress of the people of the area known as the Beaches of Nosara.” Membership dues were $25 per year. The association worked with Hutchison to issue quarterly newsletters, to provide services to residents, (including instruction in Spanish), and to strengthen relations with the Costa Rican residents of Nosara. 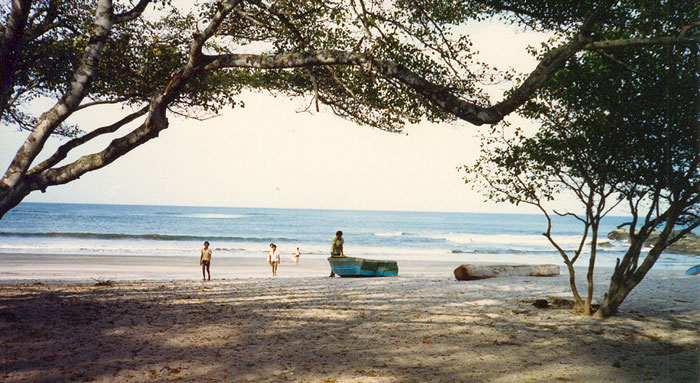 By September 1975 the NCA had more than 100 members. That same month, Hutchison announced that INSA’s annual report was available through its parent company, Inter American Finance Corp., a Cayman Island-based real estate and investment company. He also proposed to transfer service delivery to a separate corporation, Servicios Nosara.

NCA started a legal fund in February 1976 out of concern that Hutchison had not come through with key features of the agreement:

In April 1976 NCA wrote that its board was “deeply concerned about Hutchison’s actions to divorce INSA from further responsibility” and his implicit threat that the company would go bankrupt if owners didn’t subscribe to Servicios Nosara.

Soon thereafter, a group of homeowners led by David Kitson filed suit against INSA to embargo remaining real estate assets and to keep Hutchison in Costa Rica until he met his contractual obligations. Many of the plaintiffs were upset that the promised golf course was still a mirage. Meanwhile, all buyers were told to avoid foreclosure by continuing to make payments to INSA at the Cayman Island address.

Hutchison and his family left Costa Rica abruptly that June for what they said was to be a year in England. By December, NCA told buyers to make their checks payable to the court instead of to INSA. “Alan has not been delivering deeds upon completion of payments and in any event cannot transfer any property in view of our restraining order.”

And so it went, until President Gene Talboy reported in the August 1982 newsletter that the lawsuit filed by the homeowners “against the Beaches of Nosara developer are now settled.” 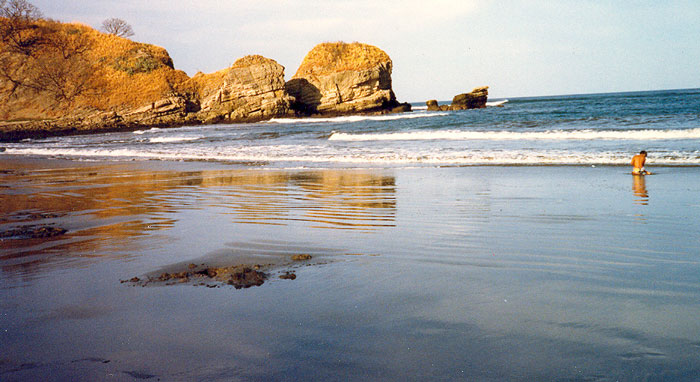 The lawsuit and its embargoes was causing “considerable frustration» to purchasers whose titles were in limbo. Activity had come to a standstill, and property owners were demanding a solution. In 1981 the plaintiff’s attorney advised that even though they would probably win in court, Hutchison had left owing the government considerable development taxes. The government would get paid first, “leaving you with a paper win and empty pockets.”

As a result of the settlement, purchasers would receive title to their home sites and Rodengen would also sign over title to a new company, “Amigos de Nosara,” to administer the assets. These assets included 37 home sites; the four community water tanks; a 34-acre “commercial zone” with water wells, electrical plant, and landfill area; 15 parks spread over 42 acres; about 50 acres set aside for golf and tennis; and 250 acres of wildlife reserve.

In exchange the plaintiffs dropped all pending charges against INSA, promised not to bring new charges for past irregularities and removed all embargoes

In sum, without that lawsuit, the Beaches of Nosara would look a lot different today.

How did NCA and Amigos de Nosara bring the promised services to Beaches of Nosara? That’s another story or two.