Feeding the Neediest Among Us

Feeding the Neediest Among Us

Nosara is unique, according to Steve Mack of the Guanacaste Community Fund, in the number of local organizations that have come into existence to make ours a good place to live for everyone.

This month we highlight two of those organizations and the woman behind them, Linda Tarlow.

Shortly after coming to Nosara in 2007, Tarlow read an article in the Voice of Guanacaste about a girl in Esperanza who depended on a walker but was trying to move on her own. “I contacted the family and started helping them financially by buying groceries,” she said. As she visited, she got to know the larger neighborhood and its poverty. 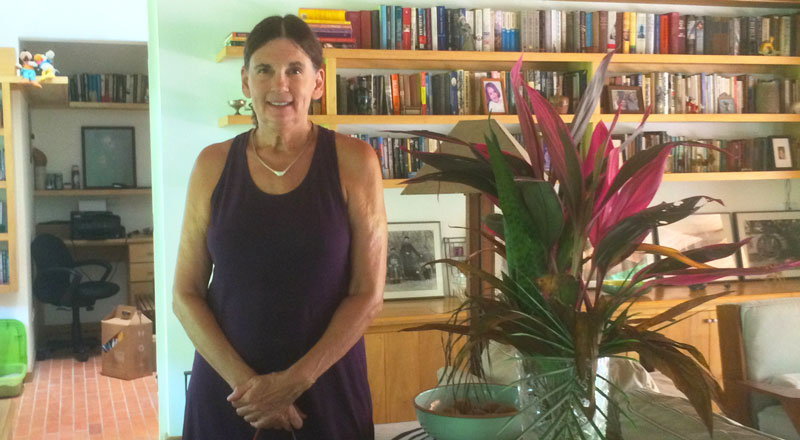 Sometimes it’s hard to remember that the place we call Paradise is located in the province of Costa Rica with the highest level of extreme poverty. In the Nosara district, one in ten people live in overcrowded housing, and over half the houses are in bad condition. One in five adults did not complete elementary school, and nearly a quarter of the families don’t have health insurance.

Tarlow realized that getting the Esperanza families the help they needed was beyond her means. She built and installed bins at local grocery stores with signs asking people to donate food.

In 2013 she founded the Nosara Food Bank as a means of alleviating the worst poverty. Most of the families helped by the Food Bank are the poorest of the poor, she says, with wages so low, pensions so small, or disabilities so great that the family can’t save money.

The Food Bank finds support from several sources. The Banco de Alimentos, a national charity, collects damaged and expired food (rice, sugar, cereal and powdered soap), repackages it, and makes it available at a warehouse in Brasilito to food banks and local charities for a small administrative fee.

She is thankful to Freddy Alfaro of Terratours, who picks up the food every month. At first, Terratours would pick up food at the Brasilito warehouse on its return trip from Liberia Airport. But now the food comes loaded in large plastic containers, precluding passengers. So he makes the trip monthly with an empty van and returns laden with the groceries.

The bin at Super Nosara remains, but the others are gone, because, “We’ve found that people don’t donate food with any consistency.” Tarlow says, “The Food Bank depends heavily on the $200 we receive every month from the NCA, our most sustainable source of income. While we appreciate any donation, the reliability of the NCA’s monthly donation is invaluable to us in our planning.”

In addition, she makes a large monthly contribution, and a handful of other people pledge through the Amigos de Costa Rica. She encourages people to make regular contributions, no matter the size.

In August, 31 families received food packages, and three more families have been added since then. One woman’s husband had just had open heart surgery, and two others had medical conditions that prevented them from working. 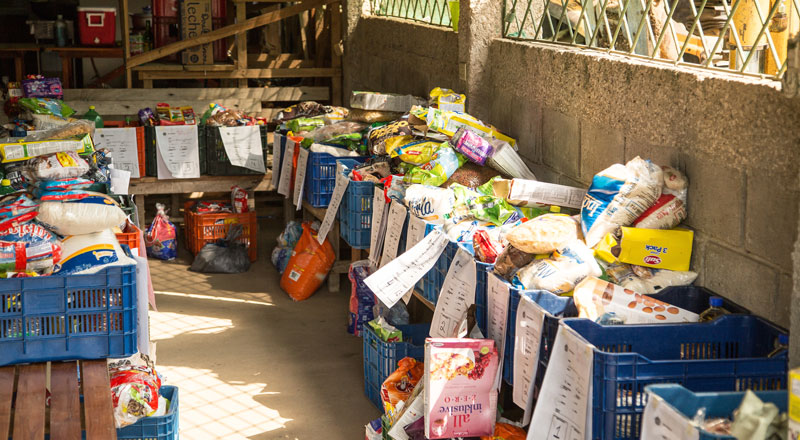 The Food Bank gets double the number of requests during low season, when there is less work for housekeepers, gardeners, and others who depend on the expatriate community for work. This year, for the first time, construction workers have been laid off because of the rain. Tarlow encourages businesses to keep people on the payroll, with mixed success.

One major challenge for charities everywhere is how to avoid creating dependency that dampens people’s will to escape their poverty. Helping responsible family members directly and involving community leaders discourages such dependency. The Food Bank’s advisory board is made up of leaders in local churches who know the families and help decide which families need the most help. “We don’t feed able-bodied men and women if there are no children at home.”

Tarlow’s experience with the Food Bank, and especially with the Esperanza neighborhood, led her to start another project.

The number of families needing assistance drops in high season, which brings more jobs. But when the school shuts down for the Christmas holidays and break between semesters, the parents are likely to be working. and have less time to obtain food and plan and cook meals so the kids have fewer balanced meals or snacks.

Five years ago, she loaded a group of youngsters in her car and took them to the Nosara summer school at Serapio Lopez school in downtown Nosara. Seeing how tiring that journey was for the kids — and for her — the next year she started the Esperanza Escuelita de Verano, which runs for four weeks in January. In 2017, Alyssa Sponagle ran the escuelita and will do so again in 2018. The camp offers classes, activities, and the occasional field trip or guest appearance, and nutritious hot meals five days a week,

Tarlow sees her work as part of the larger issue of sustainable development. “We can’t say we live in a sustainable community if we’re living next door to hungry kids.”

To contribute to the Food Bank go to amigosofcostarica.org/product/nosara-food-bank/

To join the NCA go to nosaracivicassociation.com/become-member.