Friends and Amigos, Helping Give Back to Nosara

Friends and Amigos, Helping Give Back to Nosara

After tropical storm Nate, we saw how generous Nosara residents were with donations of food, clothing, household furnishings, and other necessities for those displaced by flooding.

In addition, people who aren’t here right now asked where to donate money. 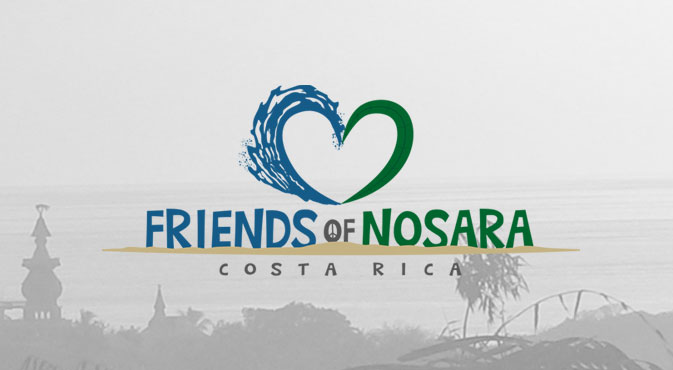 In a word, the Olsons are ready to pass the responsibility on. They founded Friends in 2000, with four partner, or beneficiary, organizations: The Kitson Library, the Escuelita summer school, FUCAN (the Fundación para la Capacitación del Pueblo de Nosara technical school), and the NCA Beach Protection Fund. Each year the number of partner organizations has grown.

Those first years brought in about $8,000 in contributions annually, but that changed as more people moved here and formed organizations to meet perceived local needs. Both the number and size of donations grew, especially in the last 10 years.

Serendipitously, Steve Mack moved to Nosara three years ago to establish the Guanacaste Community Fund. With a small paid staff and an organization set up to receive donations — Amigos de Costa Rica — he and the Olsons began talking. Now FON is transferring organizations from its accounts to Amigos.

Like Friends of Nosara, Amigos de Costa Rica is a nonprofit organization set up in the U.S. to receive donations for charitable organizations working in Costa Rica. U.S. taxpayers can claim a tax deduction for gifts to Amigos.

“From the very beginning, we talked about a gradual transfer of Friends partners to Amigos, says Steve. “I left it to them to establish the pace of the transfer, which now is nearly complete.”

“For the past 6 to 8 months, we’ve been getting people to convert from FON to Amigos,” Alice says, pointing out, “Amigos is a better alternative for our partners than we were in two respects: it distributes money every two weeks, and it can send donations from U.S. accounts without incurring transfer fees. We had to pass on the $40 fee charged by the banks, which is hefty for small organizations.”

Alice says their role is largely administrative. When the money comes in, Mike processes it to the designated charity, and Alice issues receipts to the donors. Raising funds is the responsibility of the partner organization. However, the Friends of Nosara Board decides who gets to be a partner organization in the first place.

“We scrutinize the applications and guard pretty closely who gets the deductions. In addition to qualifying for tax receipts in the U.S., it has to fulfill our purpose — to give back to the Costa Rican community through educational, environmental, social, or cultural initiatives.”

For this they derive only the satisfaction of giving back to the community. 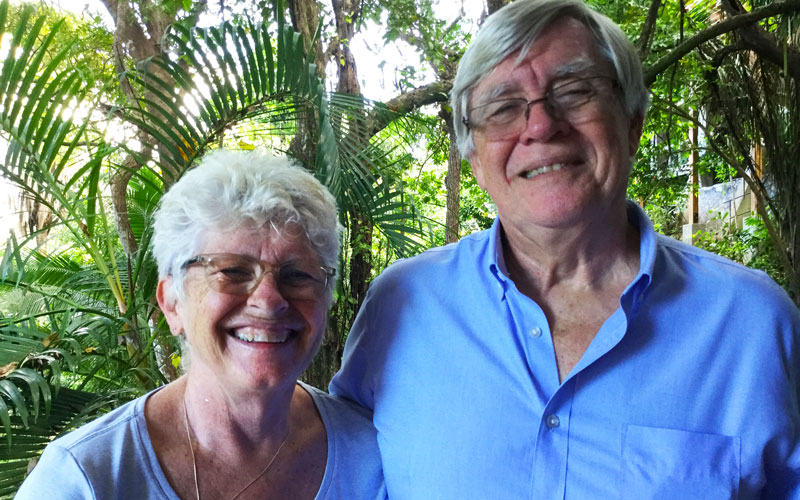 Alice and Mike came to Nosara to visit their friends the Maxwells at Christmas in 1994. Those friends introduced them to the Birenbaums who had a house to sell in Guiones, and by the following March they owned the property, which they visited for the next decade until moving here full time from their home in New York. Mike’s work as a tax accountant was seasonal, and he transitioned gradually by working six weeks in September and October and another six weeks in March and April. Alice retired completely in 2006 from a development career in higher education.

Shortly before that first visit in 1994 the Kitson Library had opened in a one-room building crammed with books, computers, and staff. When the Nosara Integrated Development Association (ADIN) gave Biblioteca David Kitson a lot next to FUCAN, the Olsons stepped in to help her raise $100,000 to give the library a home.

The Olsons knew that US taxpayers could make a gift as much as 40% larger if it were tax-deductible, they created a nonprofit under New York state laws and applied to the IRS for status as a Public Charity. “It was approved in less than 10 days! Al Gore’s reinventing government campaign really worked for us.”

At the Friends’ annual meeting in January the board will decide what to do with the organization that remains. It could become a clearinghouse for volunteers. “When you search for charities in Nosara, we come up, so the link is already there.” It could also become a mentoring organization helping local organizations strengthen their capacity to raise money.

“Alice and Mike were a great help when I was doing the initial feasibility study,” Steve says. They introduced me to people and were encouraging to me personally.”

There’s little doubt that Alice and Mike have earned their respite. They have also earned the gratitude of donors to at least 16 organizations and, most of all, these organizations’ beneficiaries.

For more on Steve Mack and the Guanacaste Fund, watch for the next blog.