Of Marlins, Margaritas, Monkeys, and More

Of Marlins, Margaritas, Monkeys, and More

One windy day in the mid-1990s Bill Lancaster set out from Garza with two friends in a boat named Sushi Loco. When choppy seas forced most other boats to shore, the three intrepid souls went further out to sea, amid catcalls such as, “you are truly locos!”

At a celebratory party that night, a happy Lancaster said, “That’s why they call me Marlin Bill.” The name stuck, and when it came time to open a restaurant with fish on the menu, what better name was there?

A few years earlier, in 1993, Lancaster and his wife Pam Bumgarner had bought property in Nosara and moved from Marathon, Florida, where Angie Cebulske and Bobbi Johnson also lived. Pam managed the Beach House on Key Colony “to support my job with the newspaper!” she says. Bill was the general manager of the Buccaneer Lodge, which had a bar, restaurant, hotel, time shares, and marina. He was active in civic activities and hosted the Offshore Power Boat Races and Seven Mile Bridge Run. He also sponsored a monthly lunch for senior citizens, charging them $5 for a meal that cost him $6.50. When Pam and Bill left Marathon, the seniors gave him presents, cards, and a grand sendoff. 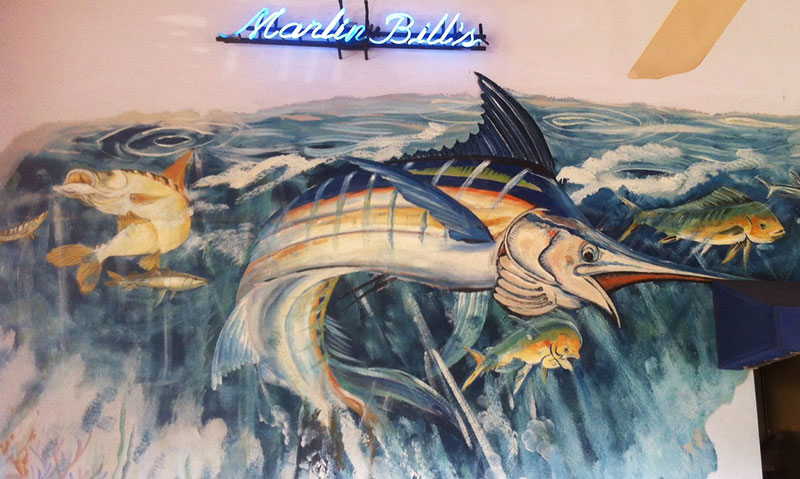 Once here, they met Chiqui and Patty Doe Yaniz and many other former residents of the Keys, most of whom have since moved on.

Bill and Pam opened the Ranchito Bar, on the site of the Tropicana, in 1994, which brings to mind a local crime story with a happy ending.

Near the Ranchito Bar was Harold’s grocery store. Harold and his wife encouraged people to drop off a list and return for the groceries later. This service allowed time for Bloody Marys and socializing at the Ranchito Bar. Harold was also known for his pet whiteface monkey, Felix, and a deer, rescued by Harold after poachers shot its mother, that roamed freely in their backyard.

One Christmas Harold closed the store for two days to visit family near San Jose. Returning home after dark, he entered the store (which was connected to their home) to find every bag of sugar, flour, rice, beans opened and strewn about the store, along with vegetables smashed and dumped from their containers. The change in the cash box was on the floor and the paper currency had disappeared. When Harold summoned the police they had no trouble capturing the burglar, who showed neither remorse nor a desire to leave. It was Felix!

The Ranchito Bar was followed by three years at the Bambu Bar. Next they leased a spot in Guiones where the Nosara Surf Shop is now and opened Marlin Bill’s restaurant. They bought their current site, revamped and renovated the structure, and moved the restaurant there in 2000.

In the late 1990s Bill was Vice President and then President of NCA and was involved in beginning the ASADA. Asked to comment about those times, he declined. “I’m always going to offend somebody.” 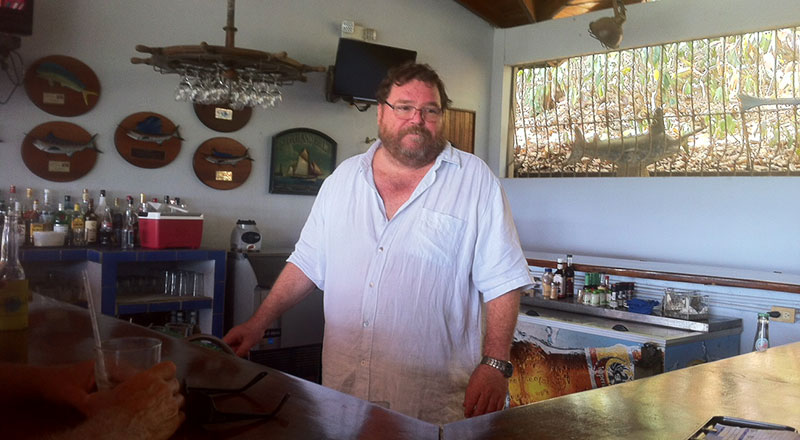 Bill seeks to welcome newcomers as they enter his restaurant. Continuing the practice begun in Marathon, he and Pam make their restaurant available for meetings, even when the restaurant is closed, to groups like the Security Association and Friends of Nosara. A bridge club has lunch there weekly, and telecasts of sporting events always draw crowds, as do fundraisers. And of course Bill chats up the regulars who frequent the bar to tell their own fish stories.

In their time here, Lancaster reflects that the number of restaurants mushroomed “from 5 to 58” and the number of surf schools from none to “countless,” adding “there were no quads, either, and now they’re a place to rent one everywhere you turn.”

Pam recalls that when they first came, people had the tradition of gathering at the airport to meet or see off the people who lived here part time. Vats of Bloody Marys were on hand for the morning flights, margaritas for the afternoons. “Our small community would hug and say, ‘welcome back’ or, ‘hurry home,’ putting aside our differences that surfaced from time to time, she says wistfully.

Nonetheless, they still cherish the Nosara area for its small-town feel. “People who choose to live here are looking for that at-home feeling, and they’ve always found it in Nosara, even though they may be a world away from their roots.”