Nosara is a diverse community, with many needs and with multiple actors who play a key role. COnsequently the Municipality of Nicoya is including more leaders in the District Council meetings.

These meetings are held every last Saturday of the month at 1 p.m., at the School of Music (located in Barrio San Pedro, next to the Kitson Library). They will be open to representatives of local organizations and institutions.

What Is A District Council?

The District Councils are the groups in charge of monitoring and supervising municipal activity and collaborating in the districts of the respective municipalities. Each district in the country has a District Council, which serves as a bridge between the community and the Municipality. This is established in the Municipal Code, in its article 54.

What is the new approach the Muni is taking? Thanks to the new municipal administration, these expanded district council meetings are now held publicly where more leaders can participate to work for the needs of Nosara. 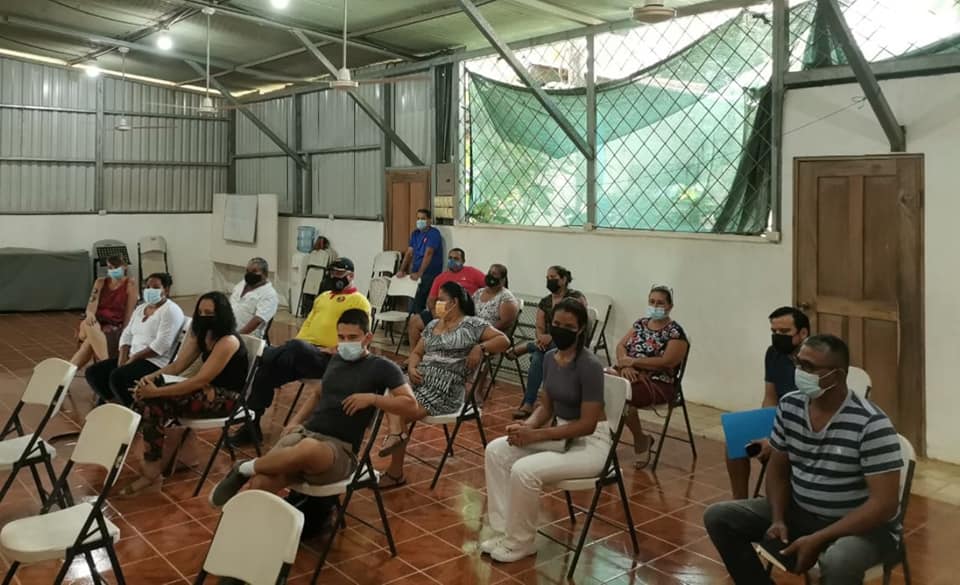 There Are Already Results!

On August 18th, the extended council session was held. Present were the deputy mayor María Acosta,  councilor Johnny William Gutiérrez, syndic Marcos Ávila and other community leaders. An agreement was reached to have a working session with the Muni to prioritize the road projects for 2022.

In addition, for the next meeting on September 25, Julio Viales – in charge of the Muni Road Management Unit – will give a report to the leaders of what progress has been made on the Nosara roads and what  works are pending for this year.

The Nosara Civic Association will be participating in all the meetings. We believe they are important forums to articulate the actions that are taken in Nosara and also to inform the community of the progress that is being achieved.

As part of the actions of the Municipality, the new local emergency committee has already been formalized and has the approval of the National Emergency Commission.

For this year the team will be made up of: Dennise Lashley, coordinator, Héctor Ávila, deputy coordinator, Tomás Gutiérrez, secretary, Ana Alvarenga, member and Pablo Huertas,fiscal.

The NCA will also be supporting the committee with the dissemination of both preventive and current information. We wish many successes to the new work team!