What community organizations exist in Nosara? How are they financed? What are their needs? And how can the Municipality of Nicoya help them?

These are some of the questions asked by the new mayor of Nicoya, Carlos Armando Martínez, during his first visit to Nosara as Municipal leader.

On Wednesday, May 13, Martinez visited Celajes restaurant in downtown Nosara for a face-to-face meeting with the community. Here, he met with representatives of the NCA, Firefighters, Tortuguiones, the Kitson Library,Vive el Sueno, the Nosara Food Bank, and others.

Martinez was accompanied by his advisers: Alexander Jiménez, philosopher and founder of the La Gran Nicoya political party, Álvaro Cedeño, former ambassador of Costa Rica in Japan and Roberto Echeverría, expert in communication and marketing strategies.

“We want to promote and not hinder the processes,” said Martínez.

The Municipal leader spoke with and listened to representatives from different organizations, and pledged to spend time looking at the different needs of each.

“I want to return to give answers and see how we can help. Or  what other institutions can we link you with to solve the issues you have outlined” said the mayor.

NCA president Ethel Araya and project coordinator Francisco Jiménez, who have met previously with Martínez to outline the NCA’’s work agenda, spoke with Martinez to discuss ways in which they could all collaborate.

Araya delivered a presentation on the history of the NCA and its impact on the community. She also highlighted   the progress that has been made closing the Nosara dump, the formation of the municipal climate change commission and the initiative to generate an electrical route in Nosara.

This was not the first time that our president has met with Martínez. Immediately after his inauguration, Araya met with the mayor and  members of the regulatory plan commission, to discuss the cooperation agreements that exist between the two organizations. 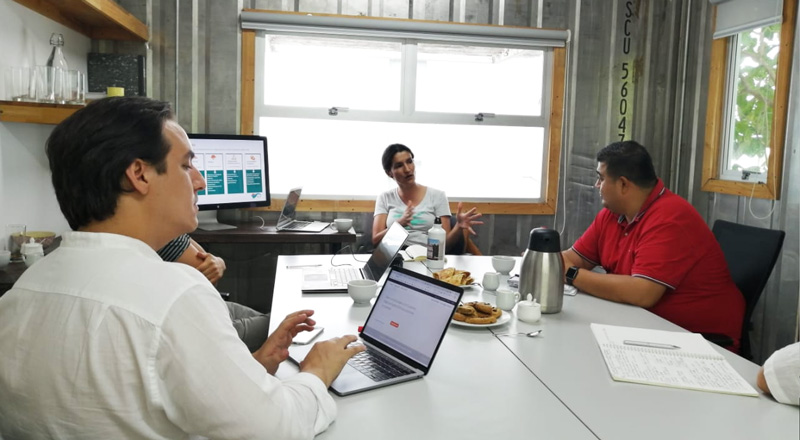