Why Nosara has the chance to avoid becoming another Paradise Lost

Why Nosara has the chance to avoid becoming another Paradise Lost 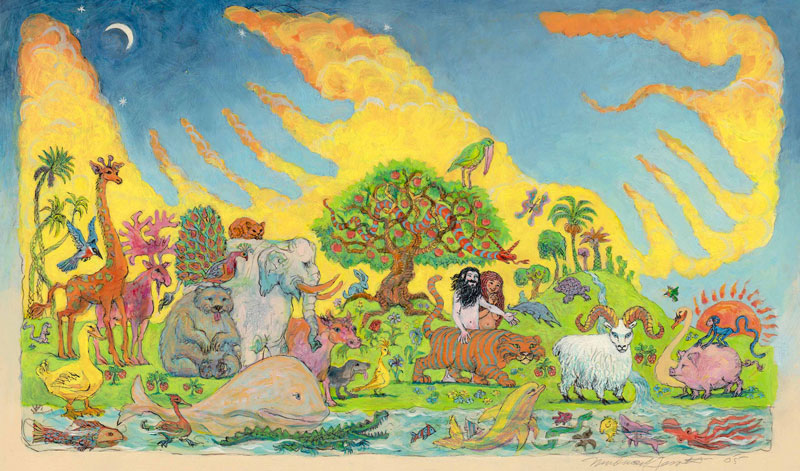 In 1973, Graeme Dunstan, an Australian political activist, and Vernon Treweeke, a psychedelic artist met with friends to plan a huge ten-day party. The Name: The Aquarius festival of Alternative Lifestyles. The Mission Statement: a celebration of alternative thinking, new age beliefs, and sustainable lifestyles. The location: the remote town of Nimbin, near to Byron Bay on the east coast of New South Wales, Australia. Prior to the gathering, the area was practically uninhabited. After the festival wound down, only an estimated 40-50 percent of the 10,000 attendees returned to their previous lives. The remainder consisted of a few thousand back-packers, hippies, surfers, wanderers, and spiritual seekers, who promptly named themselves the “Aquarians” and set about creating a community designed to lead by example and ultimately make the world a better place.​¹

From this idealistic, well-intentioned melting pot was born the Byron Bay we know today. Nowadays, any mention of Byron Bay in the western world is likely to cause an immediate emotional reaction from those who have been there or would love to visit. Byron Bay’s marketers and myth peddlers have done an excellent job of promoting the area as the ultimate natural refuge, a spiritual, surfing Shangri-la and eco-friendly hub of creativity. Sounds perfect, right? And it was, for a while, until the hippies and surfers became outnumbered by the increasing flow of moneyed, disaffected urbanites. United by a longing to leave behind the cities which had provided their affluence, many arrived looking for a simple, stress-free life spent in nature. It was only a matter of time before ‘development’ turned into over-development.

Today, many claim Byron Bay as they once knew it is on the verge of ruin. Over-promoted and over-sold, much of the natural terrain for which the place was once famed is all but gone. In the past two decades, growth has been exponential. The once verdant habitat of Koalas and other local fauna has been bulldozed to make way for the development of million-dollar mansions.​² ​Despite there being nowhere to park, local beaches are constantly packed, and water users claim localism and aggression has never been higher among surfers.

If Byron Bay was an isolated example then it would be easy to dismiss. But it’s not. Far from it. Phi Phi Islands in Thailand, Boracay in the Philippines, Lombok and Bali in Indonesia, Cay Bay in the Bahamas, Cozumel in Mexico, and Tamarindo and Jaco here in Costa Rica. The list of places who have sacrificed their natural wealth for hard cash goes on. ​³

As the volume of Westerners choosing to jump ship in favour of a tropical paradise increases, so too does the ecological impact left in their wake. From a sociological perspective, questions surrounding why the modern Homo Sapien seems unable to exist in a place without negatively impacting every living thing that isn’t them, are nothing new. It is a debate that has raged for thousands of years. In fact, this very question is raised in the opening paragraphs of the mankind’s oldest known work of literature.

We’ve all heard it: two blissfully ignorant teenagers exist in natural harmony with the world around them. They trade oneness with nature for worldly temptations and get kicked out of paradise. Here, they have two sons, the nature-loving hunter-gatherer (Abel) and his civilization-building, entrepreneurial brother, Cain. The city builder kills the nature lover and the rest is history.

Although a 2014 poll concluded that 42% of North Americans believe that the biblical Adam and Eve were real people, any cultural anthropologist worth their salt will tell you this story reflects an orally passed, hunter-gatherer metaphor attempting to outline the history and effects of the agricultural revolution and its byproduct: land ownership. ​⁴

In its original form, the Genesis story was the tale of how mankind’s dismemberment from the natural world began. Essentially, it was a cautionary creation tale promising banishment, exile and retribution as a consequence of breaking natural laws. It was, according to the brightest anthropological minds, the story of the period in history when humans learned to produce more food than they needed. ​⁵

The agricultural revolution sparked the birth of modern civilization and the dawn of the human ‘ownership’ mindset that exists today. 12,000 years later the air in London, Los Angeles, Tokyo, and Beijing is toxic. Resource mining, human expanse, overfishing and industrial agriculture are out of control. In places cursed for their mineral wealth, such as the Congo Basin, or the Amazon, you can walk for days and the only tree you’ll see is a dead stump, surrounded by hundreds of thousands of other dead stumps. What was once the home of the most biodiverse range of animal species on earth is now a graveyard. The majority of the majestic creatures that once roamed freely are now caged in zoos. We’re painfully aware that the inevitable outcome of overconsumption and dependence on fossil fuels is civilizational collapse and how do we react? By saying “well if we put a stop to this, we’ll destroy our own economies,” while dismissing the ongoing, relentless destruction of the planet that provides the natural resources that fuel the very economic engine that keeps this thing ticking over. And on we go, whistling as we waltz towards disaster.

Any brief glimpse at the daily news is enough to know the world is in crisis. And this is precisely why more and more westerners will continue to flee to places that promise the opposite of the downwardly spiralling cultural whirlpool from which they managed to escape. Then, they set their lifeboat sails for the remote, natural places their ancient genetic hardware longs for, but where their modern mindset requires large, modern homes, and thus, part ownership of the natural habitat to do with as they wish. Places where their very presence must, by definition, eventually catalyze a similar fate to Byron Bay, or Bali et al. Places like Nosara.

“​But Nosara is different,” say many people. “If we pursue sustainable development” there’s no way the ecological devastation that occurred in Byron Bay, or Boracay could possibly happen here”………. Really?

Well….actually…yes! At least maybe in some ways, if we’re really careful. Why? Because Nosara IS DIFFERENT. Or, at least it still has the potential to be. On the surface, any quick look around at increasing tourism, increasing construction, and consequent increasing loss of natural habitat, it’s easy to lose hope. However, scratch the surface, and you’ll find reason to be hopeful. Arguably, the main reason is twofold:

Firstly, Nosara’s growth spurt is occurring in an age where the consequences of over development of natural resources can neither be ignored nor justified, even by those who continue to roll out the worn out, and logically backward argument pertaining to the relationship between economic growth and quality of life. The collective human definition of the word “profit” is changing fast. Unlike fifty years ago, developers and home builders can no longer plead ignorance regarding the effects of habitat loss and expect to be taken seriously. This was not the case in places like Byron Bay or Indonesia, whose major growth spurts began in the late 1970s, around the time that ‘environmentalism’ was barely beginning to permeate the western lexicon, a fringe topic to be discussed by hippies and nerdy ecologists. Nowadays, Nosara boasts more than a few responsible, genuinely concerned developers who pay more than just lip service to the idea of building in a sustainable manner.

Second, many of the aforementioned places who have become the unwitting victims of their own natural allure did not have dedicated organizations attempting to pursue true sustainable development: organizations like the Nosara Civic Association – an organization whose modern incarnation has been shaped for a single purpose: to ensure that Nosara, this true Eden of our Planet, remains somewhat resemblant of the kind of natural paradise future generations can appreciate and enjoy. Some may argue this perspective to be hypocritical. In some ways, they would be correct. Yes, the NCA board and members love and live in Nosara, and many would admit that their presence here contradicts what preservation, conservation, and sustainability truly mean. But themselves, like so many others, are here to stay. So what are the options?

As we see it, the question that must be resolved is this: Can a modern human worldview and standard of living coexist against the backdrop of nature in its raw form? Is there any foreseeable way to enjoy the many rewards of living here without killing the Golden Goose, or the Howler monkeys and the arboreal canopy trails they need to survive? Can we observe the lessons learned from the long list of bygone utopian tourist paradises around the world, and apply the hard lessons here, on our own doorstep? We believe the answer is once again ýes,’ but only if we’re really careful.

Nosara is an experiment, a microcosm of the issues and choices facing the modern world. The battleground is between unsustainable western value systems and a world-view spearheaded by a growing awareness that we either need to get off the fence or get off what’s left of the planet.

Nosara is a story. Like Byron Bay, or Goa, or Kho Phi Phi, or the biblical Garden of Eden, Nosara as we know it began as a tale told by naturalists dreaming of a place where the dormant genetic hardware that evolved on the African savannahs could awaken, and reconnect to the natural bandwidth we somehow became disconnected from over millennia of materialism. Unlike these places, what makes Nosara unique is that its tale is yet to be written. Never has the question of who takes authorship of Nosara’s next chapter been so urgent. The story could conclude as the time-worn tale of parking lots in a paved paradise. Or it could tell a new story, in which the inhabitants stood up and took the action required to serve as an example to other destinations facing a similar plight. Together, they proved that humans really can return to paradise without making a mess of it.

The role of the NCA is to be both optimistic and proactive about the latter. You may say we’re dreamers, but we sure ain’t the only ones. If you value our work, better yet, if you value the natural environment you live in, and wish to see it remain, then we humbly yet firmly invite you to become a member, because we need you. If you wish to see the natural beauty of this area preserved as best as possible, then you need us too. Click here to find out how to join the NCA