As reported in June’s and October’s Talkin’ Trash blogs, every week the Recycling Center buys the recyclable material at the dump, compacts it, and sells it to Florida Bebidas. The project began in October and needed to fill a large truck to make the project cost-effective for Florida Bebidas. The 5-ton threshold was reached late last month, and the truck loaded up and pulled out December 1. Bit by bit, we are keeping Nosara from becoming a garbage graveyard. 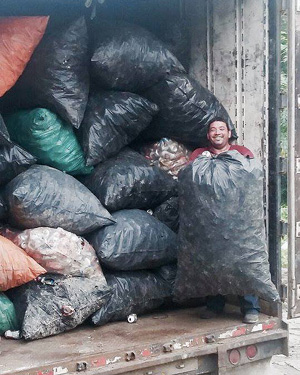 On Monday, December 12, the Esperanza School held a recycling party to congratulate the class that brought in the most recyclable material from their home. That school is giving kids a head start on a good habit! Congratulations to the school, the teachers, and Nosara Recicla.

A special thanks to de Esperanza Development Association, LHC, Harmony Hotel, Marlin Bils and Centuryt 21, who with their donations made this party possible. Finally, thanks to Il Basilico, who donated the pizzas for a party to celebrate the class that collected the most recyclables. 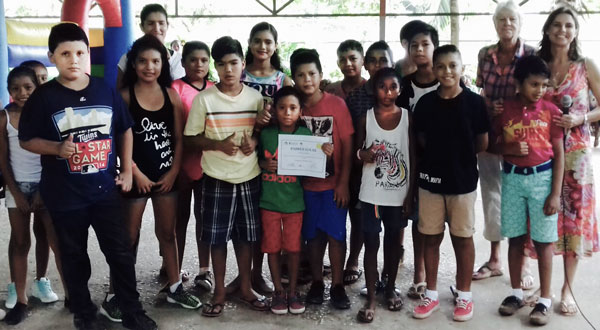