If you know the NCA logo, it’s likely because you’ve seen it on Nosara Trail maps and signs. Blazed through NCA parklands, these trails represent the labor of many people over four decades. Now a small group of trail boosters continue that work as they plan to make the trails more attractive to residents and visitors alike. 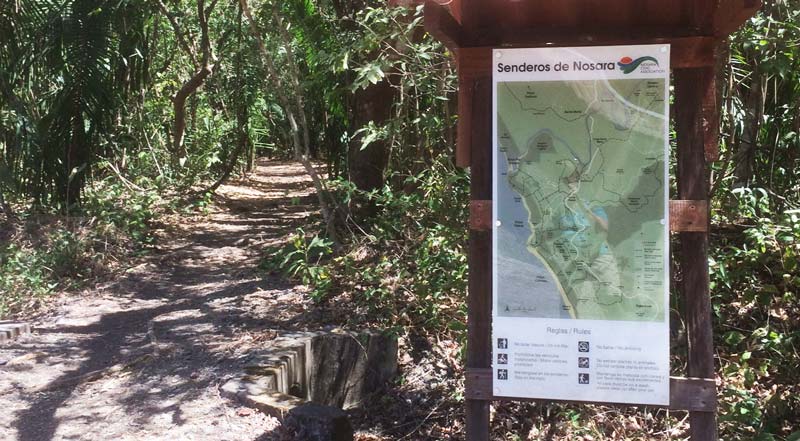 When Alan Hutchinson laid out the Beaches of Nosara project, his plot map showed a path labeled “Road to Esperanza” that ran from 5 corners along the power line path to what is now Calle Los Mangos and on to Esperanza. It was used by pedestrians, bicyclists, and horseback riders, including the guards that patrolled the houses while their owners were away.

With the advent of roads, people with cars or motorcycles abandoned the trails. As more and more Ticos bought motos, the trails fell into disuse and were covered by forest undergrowth. But in recent years, with traffic — and dust — clogging the roads, people have rediscovered the trails as a safer, quieter means of getting places. For example, Dain Shook reopened the trail from G section to the Café de Paris road. Marco Johanning and Peter Kelly cut back the underbrush to reveal many more trails, and their enthusiasm convinced others to join in, including the NCA, which now funds trail improvement and maintenance. 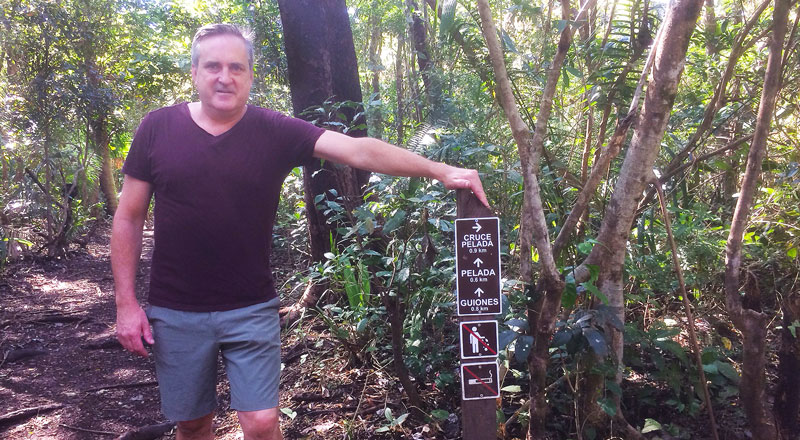 Peter Kelly´s involvement in Nosara goes back to 1972, when his parents bought a lot in G section. When he bought his own house in Pelada, 2011 his neighbors told him that at one time ¨you could see the ocean from my porch and walk to it on a path through open pasture.¨ Although trees obscured the view, Kelly wanted to walk to the beach again instead of taking the main road.

¨I knew I was near an overgrown trail. I got an aerial map of Nosara and found where it had been.¨ With the approval of NCA, he hired workers who cut through the undergrowth until the original trail reappeared. Leading to the tennis courts and looping back through 40-year-old forest to the boundaries of his property, the trail lets him and others run, walk, or meander toward the beach again.

Kelly, who is part of the NCA trails committee, wants to see the original trails used as much as they once were. He envisions them becoming places for exercise, play, and meditation, as well as an alternative route to Route 160 for walkers, mountain bikers, and horseback riders.

Kelly’s credentials lend weight to his ideas. When he comes to Nosara every six months, he’s taking a break from his job as a landscape architect with New York State Parks. You’ve benefited from that work if you’ve walked, biked, or skated along the splendid Hudson River Park, which extends along the west side of Manhattan from Battery Place up to 59th Street.

Together with the trails committee, he has specific ideas for making the Nosara Trails even better. 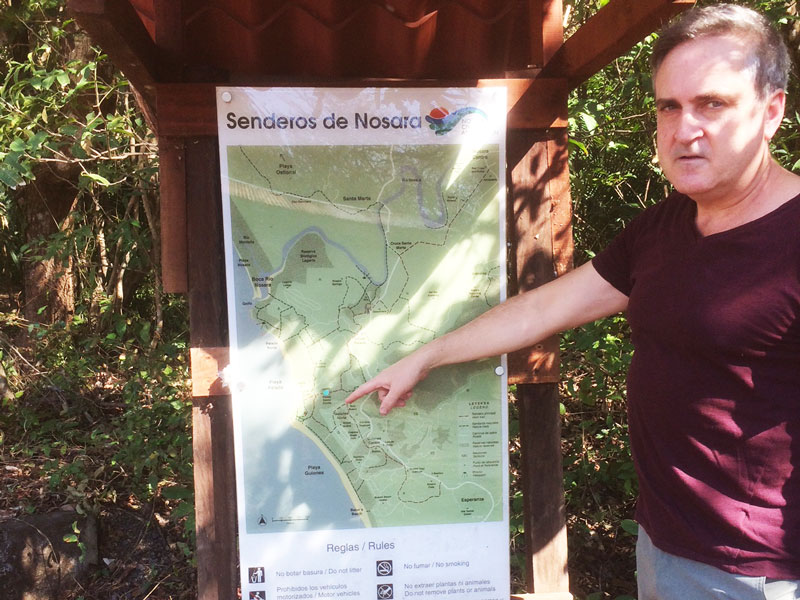 ¨With the Senderos de Nosara, we have what I call our Central Park,¨ Kelly says.

NCA and the trails committee are incorporating these ideas in their plans to make the trails another great public space. Watch for more information in coming months.