Reflections of a Marimba Player

Reflections of a Marimba Player

Antonio Gutierrez García learned to play from his father, who began teaching him when he was 8. The elder Gutierrez’s band played at schools, fiestas, dances. «He used to play the melody and I played the bass. Now I play the melody,» he says as he and his brother continue the tradition with their band. These days the band includes three marimbas, one güirro, and at times an electric bass. 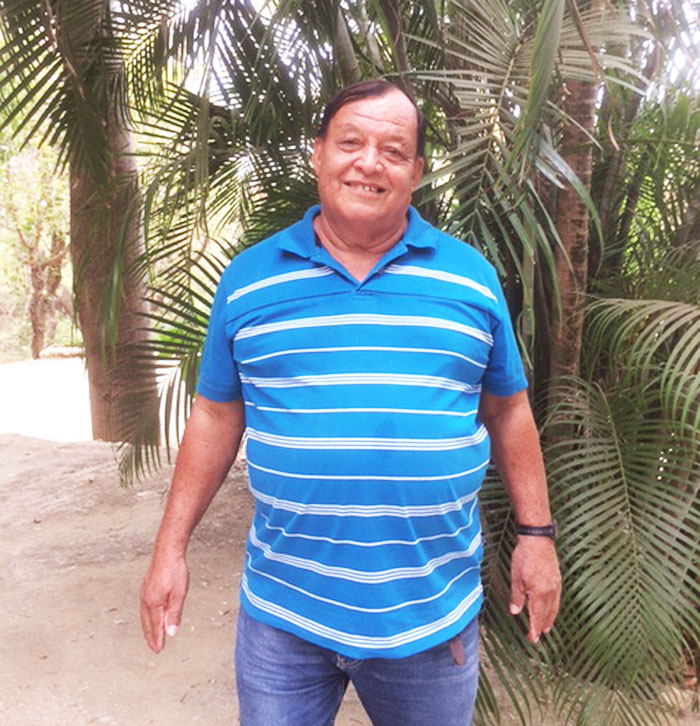 In addition to playing them, his father built marimbas by hand, without benefit of electric tools, because Nosara had no electricity then.

When Gutierrez was born, in 1951, Nosara was small, poor, and isolated. Most of the area was pasturage for the cattle owned by Filemon Baltodano. Baltodano, who owned land throughout the area, in La Casona, Arenales, Esperanza, Corralillo, was something of a legendary figure. When he traveled to Nosara, he came in his private airplane, and when he landed the townspeople would crowd around to welcome him and shout out what they had to sell. He came to order crops and would pay in advance – his own futures market. He would then send his drovers to transport the crops once they were harvested.

Some people explained his wealth by saying he had made a deal with the devil. «When the moon was full, a man with a black horse was rumored to have been seen riding around Baltodano’s house. Animals in the neighborhood were scared. People were afraid someone would die, for they knew the mystery rider could kill a man,» Gutierrez recalls.

«My father taught me to work from the time I was very little, » Gutierrez says. « I worked on a farm, cleaning the paddock, from the time I was 15. In 1973, when the American (Alan Hutchinson) bought the finca, I started working on the project, for Gene Talboy. The first thing we did was to make roads throughout the project. The second thing was to put in water pipes. Then I worked with the topographer to measure the property lines and to establish protected areas under the Ley Forestal. Talboy was concerned about protecting wildlife as the project grew.»

When Talboy went into the winemaking business, Gutierrez was there to learn that trade. The enterprise imported 70 tons of oak, and three fermentation tanks, and a perpetual supply of grapes. « After three months, we would transfer the wine to the oak casks. When it was ready we distilled, filtered, bottled, corked, and labeled the wine. We made cabernet, zinfandel, chardonnay, and rose. We sent 1,500 bottles to the Yamuni company for distribution throughout Central America. »

After 15 years, Talboy saw that winemaking wasn’t cost-effective, and he began building houses all throughout the Beaches of Nosara project.

Later Talboy got sick and moved to San Jose for treatment. Although Talboy wanted to let Gutierrez know he was coming back for a visit, the message didn’t get through and Gutierrez never saw him. Talboy went back to San Jose and died at the airport.

«I worked for Gene from 1973 until he died in 2000. He was a very generous guy. When I got married he gave me a refrigerator and a television. » But after Talboy’s death, Gutierrez soon learned that not only would he not get the liquidation money he was due, but that the foreman had not reported his earnings for 10 years, which reduced his pension substantially.
Since 2002 Gutierrez has worked for Bobbi Johnson as gardener, maintenance man, and jack of all trades at her home and rental properties.

He walks the NCA parklands, clearing them of debris and making sure the perimeters are intact. He was recently out measuring with a geographer and delimiting the property with posts. «It’s important because lots of people are trespassing, » he says.

In the lowlands, he plants cement or recycled plastic posts. But in the hills he plants living fences made of jinote or hobo. «In the steep terrain, wood stays better, and those woods are best.»

The arrival of the expatriate community improved life in Nosara, Gutierrez says, but also brought problems. There are more material goods now, but that has raised the cost of living too. The new wealth has also attracted a thriving drug trade that touches many Tico families.

On balance, life is better than it was before 1973, he says. Before, in verano it was necessary for families to send one or more members to Puntarenas, Filadelfia, even Limon to find work in rice and sugar fields and banana plantations. Now the local economy is strong enough to keep most families intact year-round, he said. Gutierrez’s own children work locally as a carpenter, electrician, saleswoman, housewife, and university student.

And several times a week he plays his marimba, preserving a Nosara tradition for audiences new and old.