Rollin’ on the River

Rollin’ on the River

Egrets and herons galore, roseate spoonbills, ospreys, iguanas and, with luck, a crocodile.

If you’ve seen these creatures in a single morning in Nosara, chances are you’ve taken a River Safari tour with Leroy and Kirsten through the Ostional Wildlife Refuge and alongside the Lagarta Lodge Preserve. Here’s some good news: in more than a decade of running the tours, they have only seen one species disappear. And even that species, the araçari (collared toucan), still inhabits the Nosara biosphere upriver near the Malanoche waterfall.

The contours of the rivers, however, have changed. The navigable stretches have shortened from 2.5 km to about 1.5 km. This is probably the effect of the first dike, built 2010 to tame the floodwaters on Rio Nosara. “The next dry season, we had to post signs marking the boat channel,” they say. Since then the river levels have remained low. “We’re not scientists, so we don’t know why.” Maybe it’s the result of the 2012 earthquake. Maybe the drought. Probably both. 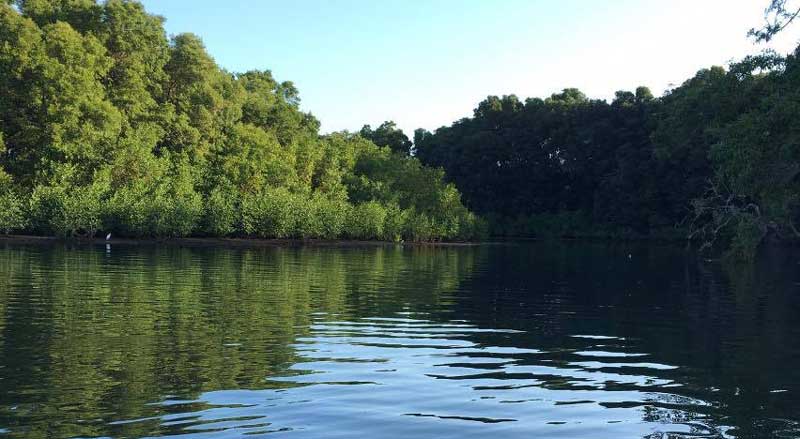 Since the earthquake, water levels on the Rio Montaña have been consistently lower too, because the ground is on average 2.5 feet higher. At the Lagarta Lodge Preserve, water levels in the first 300 meters used to be higher. Nonetheless, fauna still abound. Every year the same birds come, but not always the same number. It depends on the abundance of fish and other food.

He and Kirsten worry about the health of the mangroves, but not too much. “Mangroves are adapted to high water levels, salt water, and oxygen-poor soil. The trees in our mangrove are very old and in good condition. Change is happening slowly, and the future’s not ours to see.” 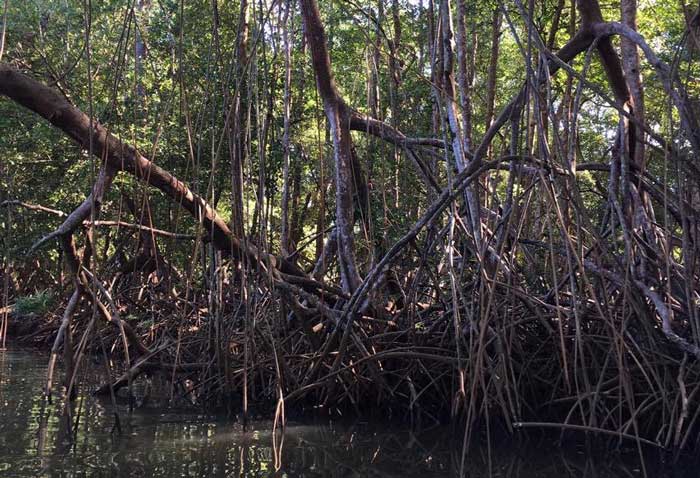 Neither do often-troublesome invasive species pose much of a problem here. One type of marsh grass, which has grown into an island, is a welcome intruder to the iguanas, especially the black iguana who nests there by digging a tunnel at least 10 m deep.

Leroy came here from Germany in 2005 to run the business formerly called Tony’s River Tours. Two months later, he met Kirsten, a fellow German, who had been running a small B&B and leading horseback tours in Ostional since 1999.

“In our first year we could navigate almost to Miss Sky’s office near the bomba. In fact, we could have stayed on the rivers all day. No more, but a morning is quite enough, because between the two rivers we can see a lot of wildlife in a few hours.”

River Safari’s small flat-bottomed boat is quietly powered by a 3-hp electric motor with an eco-friendly lithium battery, the only such battery in commercial use in all of Costa Rica. “At least that’s what they tell me,” Leroy says.

As you board, Kirsten hands you a pair of binoculars and a set of laminated cards with photos of the 120 birds who inhabit the reserve throughout the year. You may see about 25 species during the tour. She has assembled these lovingly, in both English and her native German. On request she will show you store-bought guides for reptiles, butterflies, and other forms of wildlife common on the river. 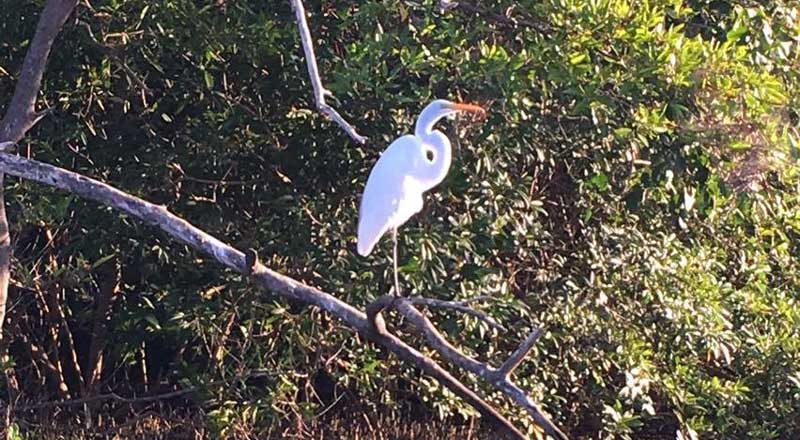 Sometimes they see their two favorite birds. Kirsten’s favorite, the roseate spoonbill, is sighted most frequently in October or November on Rio Nosara and has recently been spotted nesting in the Rio Tempisque basin, as have wood storks.

Leroy’s favorite is the osprey, who comes along from the end of the rainy season until mid-March. However, there are usually only been three or four osprey in the area, best seen at low tide, when the shallow water makes the fish more visible.

Although they enjoy their business, they value it most as a means to spend time in the surroundings they love. They return to Germany for about half the year, coming back here for the high season. “Our house there is also in a nature park, but there’s much less nature!” 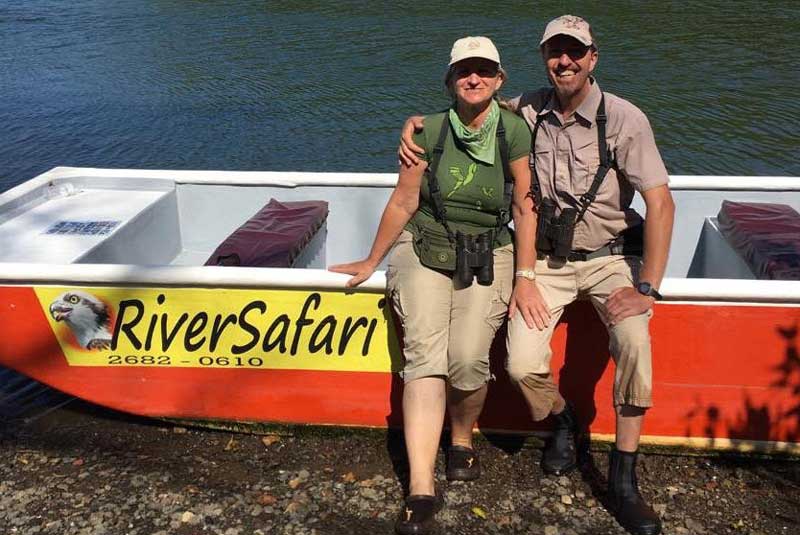