More shade for people, but not for cars?

More shade for people, but not for cars?

Most people who love Nosara strongly endorse the achievements of BarriGuiones, which has planted more than 4,000 trees this year. During the first week of August alone they planted 1,000 trees in the area, with the help of four different groups.

In North Guiones they worked with students from Serapio Lopez, Santa Teresita, and Santa Marta public schools, planting a 800 trees over 3 days. Then they moved to Ostional, where they planted another 200 trees with the help of community residents. This week, they’re moving to Garza, where they will work with the local Blue Flag organization and the Garza school to plant 100 more trees. 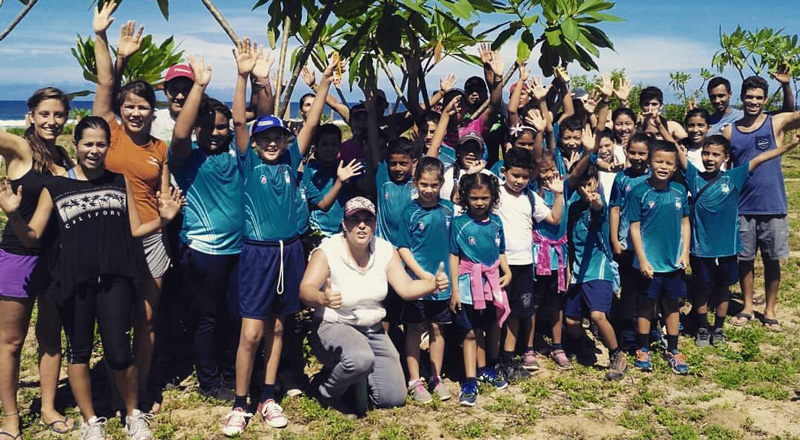 Now that trees are thriving, the challenge is to control the vines growing among the trees and to control the proliferation of exotic species such as mango, tamarindo, teak and melina. These last two are especially aggressive, so a control plan is essential.

However, other news from BarriGuiones is less encouraging. The plan to provide more shade for cars and more canopy for wildlife in two Guiones beach parking lots has been threatened by vandalism. Someone angered by the introduction of trees to the main Guiones parking lot chopped down the new plantings on July 31.

¨We had the idea two years ago to plan for better use of the Guiones lots,¨ said BarriGuiones Director Gerardo Bolaños. With the expectation that parking needs will grow as more people bring cars to the beach, Bolaños and Costas Verdes, BarriGuiones´ parent organization, set out to design a plan that will accommodate demand without encroaching on the Refuge.

They called on advanced civil engineering students from UCR, who visited Nosara and then proposed a design that followed national parking lot laws and regulations. They partnered with Environment Ministry (MINAE), NCA, and private companies, who sponsored the plantings and provided labor and materials to erect stakes to protect the young trees. When they encountered some resistance, they conferred with partners and agreed to keep the trees where they were. ¨We tried to raise awareness, through Facebook posts and a note in the Voice of Guanacaste,¨ said Bolaños.

¨It was never our intention to make parking impossible. We wanted to make life more comfortable for beachgoers. Because tropical sun damages interiors and exteriors of cars, shade is an important part of design,¨ Bolaños said. ¨The best source of that shade is trees, and we need to start now to grow them.¨

Equally important, they wanted to reintroduce a canopy for arboreal wildlife, especially monkeys.

¨We placed trees to cause as little interruption as possible. Obviously, anything can be an obstacle, but if done according to MINAE´s regulations, the placement allows any vehicle to turn around,¨ according to Bolaños. As an example, 50-seat school bus carrying Serapio Lopez school students was able to turn around in the main parking lot on August 1. Later that day, the posts that enclosed and protected the trees in the main parking lot were removed. The trees in the North Guiones lot are growing without disturbance to date. 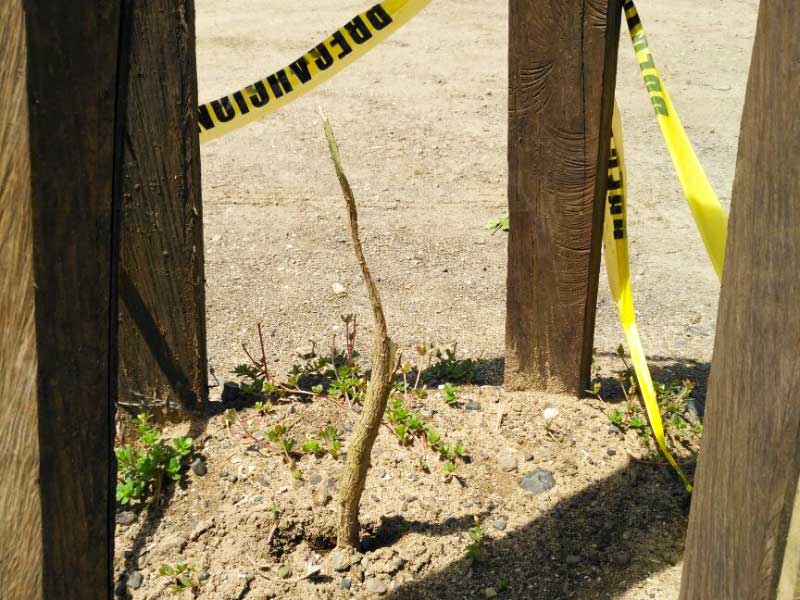 For years now, the increasing number of visitors in cars has been pushing up against nature´s limits. There will never be enough parking to satisfy need, and in fact respecting legal and environmental criteria will probably mean fewer parking spots. We need to agree on alternatives that allow us access but keep our human footprint small. Car pool if you can, or use alternative means of transportation, to protect one of our most valuable assets: the beach.

BarriGuiones invites your comments and suggestions for solutions to this controversy.