Green waves and a platinum hotel

Green waves and a platinum hotel

These local achievements may be the most profound and sustainable of the hotel’s contributions to Nosara.

First things first. LEED stands for Leadership in Energy and Environmental Design, a system that rates buildings on their level on how lightly they tread on the earth. To win certification, builders must demonstrate that their projects use less water and energy and reduce greenhouse gas emissions. Of the four levels of certification, Platinum is the highest.

When the owners of Safari Surf School wanted to build an environmentally responsible hotel they got together with two partners and formed the Mares Verdes Management company. They hired architect Donald Loria to design a facility following LEED guidance. “They wanted to learn how to do it the right way,¨ says Luis Pardo, General Manager of Olas Verdes.

So are the guests. Air-conditioners, available only in the bedrooms, are set at 73 degrees F and guests are asked never to set them below 71.¨ The rest of each unit, and all other facilities, are cooled by state of the art ceiling fans. 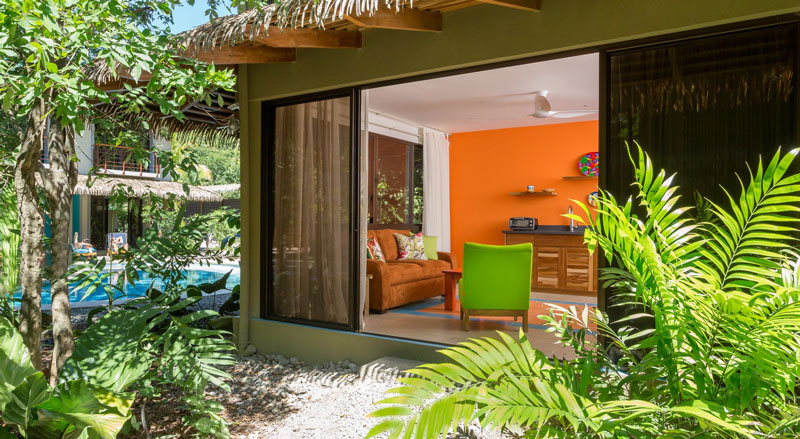 Bedsheets are smooth, but there are not ironed. At 2000 watts, an iron expends more energy per usage than the combined 350 LED lights throughout the hotel. “We have one hairdryer available on request, but I tell the guests that in this climate their hair is going to plump up as soon as they step outside.”

The hotel has three wastewater treatment plants and irrigates with gray water. Low-energy washing machines, low-flush toilets, and aerators in the showers and sinks. All the outdoor showers have automatic shutoff valves. These features help Olas Verdes maintain the lowest water usage of all hotels of similar size in the area. Nevertheless, some ingrained habits are hard to combat.

“We give every guest an aluminum water bottle when they check in. We tell them our water is potable by any standard, super-filtered, using state of the art technology. Still, we send a large bag of plastic bottles to the recycle center every week.”

Car use is discouraged. “We have bicycles for use around town. We pick people up from the Nosara airport and if guests stay more than 7 days, we pick them up from Liberia.”

Olas Verdes also participates in Pack for a Purpose, an international initiative that enables travelers with room in their suitcases to bring supplies needed by organizations in the communities they visit. www.packforapurpose.org

Beyond building a green facility for guests, Mares Verdes and Pardo shared a vision of getting deeply involved with the community. They use local resources as much as possible. All the teak used in construction came from Guanacaste. The tables and chairs were also made in Nosara. The decks are made from local recycled plastic, and countertops were made in Nosara using glass from the Recycling Center. Food in the restaurant, El Manglar, is all local and almost all organic. They recycle food waste to the farms that supply their food. 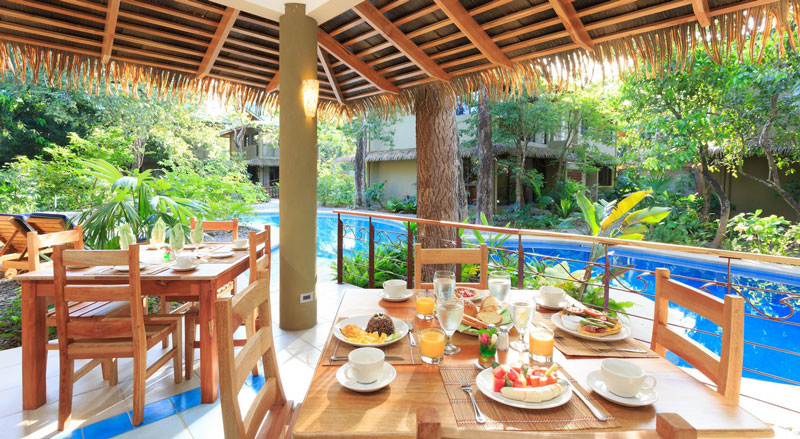 Hiring practices are perhaps even more important to Nosara’s economy. “Everybody who works here is local, from the manager on down,” Pardo says, adding that hiring and retaining staff turned out to be easy. ¨We have almost no turnover.¨

Safari Surf School has always been a local operation, managed by Jeffrey Noguera, who grew up here and has been with Safari for over a decade. El Manglar Restaurant is run by two former employees, Alicia Matamoros and Maritza Sanchez. “Vive el Sueño helped them get started. Now they are growing fast and training others.”

The secret to keeping staff, Pardo says, is that “we hire people and train them in our procedures. We let them know that their input and ideas are important, and we don´t attempt to mold their personalities. You can teach anybody anything, but you can´t change the way they are.”

All parts of the hotel are pursuing certifications, Pardo says, “trying to be on top of their game. When ASADA publishes water consumption figures every month, the crew comes to the office to see how we´re doing. We’re facing challenges together and growing together.” 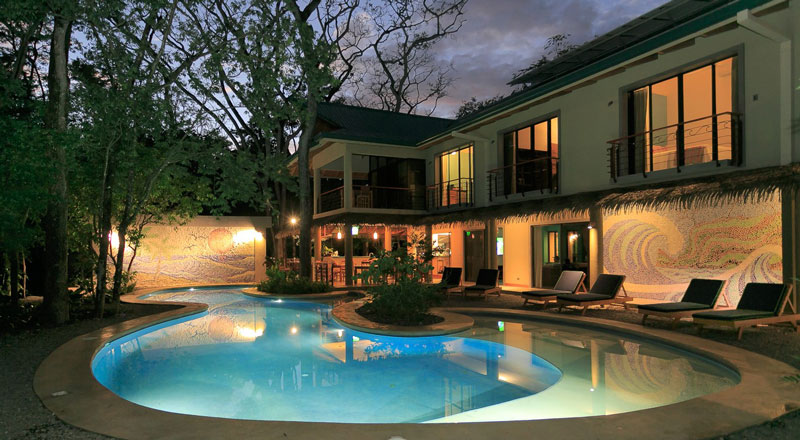 As a result, the staff has become self-sufficient. “The first time I went on vacation, the owners asked, ¨Who´s going to be in charge while you´re gone?¨ I told them, ¨¨Nobody.´ And the hotel kept on running smoothly as usual.”

Olas Verdes takes risks, Pardo says, and the community gets the benefits. The employees learn by example and are spreading the practices used in the hotel to their life after work. The housekeeping staff now uses the same biodegradable cleaning supplies at home, even though the cost is higher. Pardo will soon buy solar panels for his house.

Pardo himself was born in Peru and lived there until he was seven, when the family moved to La Guinea, near Filadelfia in Guanacaste. With the exception of a decade working in Massachusetts, he has always worked in Costa Rica. About five years ago he bought a house here, where his wife and daughter remained while he worked in Golfo Dulce in the Osa peninsula. As he grew tired of being away from his family, he met up with Mares Verdes partners, who were looking for someone familiar with hotel construction and management. Pardo started working for them in June 2015 and opened the hotel in December. 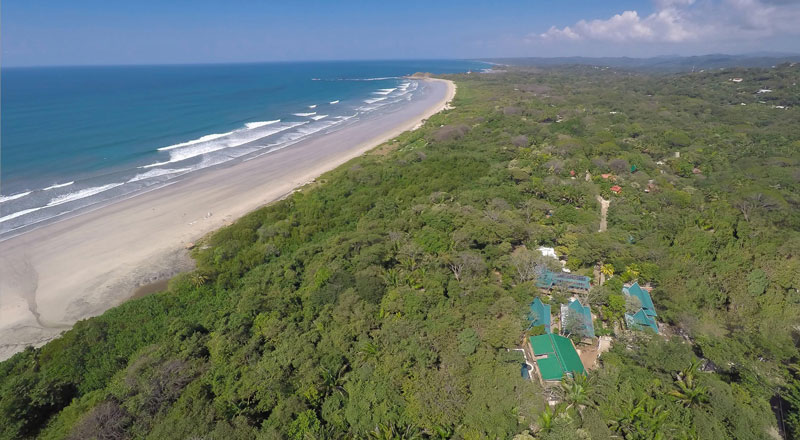 Just as Pardo finds it easy to hire his staff, he must have been easy for Mares Verdes to hire. He had already opened two hotels and remodeled two others, expanding one from 12 to 70 rooms. He´s opened five restaurants and owned one himself. He also opened outlets such as dive shops, bars, fitness facilities, and gift shops at hotels.

He’s been coming to Nosara since around 1980. “In those days it was a day away from Nicoya. I fell in love with the place and came every year to camp and surf.¨

When he opens a hotel, he says, ¨I usually sign on from the construction phase and stay for a year after the hotel opens. This time I haven´t left and don´t plan to.¨